In many countries, more and more people are competing for a place to study in universities. Why does this happen? Do you think this is a positive or negative development?

The first explanation for why it is harder to get into four-year colleges now than ever before seems to be supply and demand. The number of students graduating from high school is rising steadily each year. For example, in 1997 there were 2.6 million high school graduates in USA, but today, the number has grown to 3.3 million.

Secondly, a university education is increasingly seen as key to economic success in our society, as a result of which more students are seeking to attend four-year colleges, including students from under-represented minority groups whose college participation rate used to be low.

Another major reason is the marketing efforts made by the universities. Colleges want to attract talented, and diverse groups of applicants from which to select their freshman class, and they often go to great lengths to do it. This, coupled with the ease of application process through the Internet, enables more students to apply.

This is a positive development because students plan well in advance for getting into the university of their choice. They focus on doing well in school to get good grades. Secondly, more students going for higher education can never be a negative development. The universities also make efforts to better their standard so as to lure the top cream of students. More and more universities are coming up which are hiring the best faculty. For instance, in my small hometown, Lovely Professional University opened about a decade ago, and today it has about 30,000 students from across the globe. It is also true that it is hard for students to get into colleges because they only want to get into colleges that are hard to get into. As word spreads about the competition for college admission, students respond by applying to even more colleges to increase their chances of acceptance. In doing so, they end up contributing to the very problem they are trying to solve for themselves.

To sum up, there are many reasons for the increasing competition for university entrance, and it is advantageous for students in the long run. 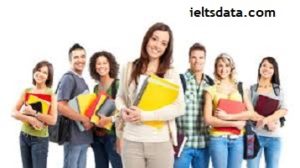