All over the world, people watch foreign films much more than locally produced films. Why? Should the government provide financial support to local film industries?

The popularity of Hollywood films and foreign films in general can be attributed to the fact that they use the most modern technology. For instance, the amazing visual effects and acoustics of the Hollywood movie Avatar won global audiences. What is more, these films are produced by big companies that have the money and the means to generate huge publicity for them. Today, we all know that marketing is what decides the fate of a product – be it a film, a book or a gadget. So it is not surprising that these films tend to do well overseas. In contrast, the locally produced films are usually produced by small production houses and on top of that they often have familiar storylines that may not interest some people. That probably explains why most people watch foreign films more than locally produced ones.

Another significant reason for watching foreign films is that people are curious to know about foreign lifestyles and culture. Today, we do not belong to a big planet Earth; we belong to a small global village. So, people are exposed to different cultures and watching foreign movies satiates their curiosity of knowing about them. Recently, I watched a Japanese movie, ‘Okurobito’ which means ‘Departures’ from which I learnt how the Japanese do the last rituals when a person dies. This movie fascinated me a lot and I came to know about Japanese traditions. Some people also watch Hollywood movies to learn English, which has become a global language and watching English movies is a good way to learn English.

I firmly believe that the government should invest in the local film industry. To begin with, films are the carrier of a country’s culture. Supporting the local film industry will enable to spread its culture and this seems an essential approach to help a country be more powerful in the world. Secondly, the boom of this industry would, to a large extent, produce an increasing number of job positions and consequently, the unemployment rate in this country might substantially decrease, which will contribute to its economy. Recently, our Bollywood movies such as ‘Dabang’ and ‘Jab Tak Hai Jaan’ have done business worth crores and this has definitely boosted our economy.

Summing up, people watch foreign movies because of their better technology and to satisfy their curiosity of foreign culture. The government should definitely promote local film industry for spreading our culture and for boosting the economy. 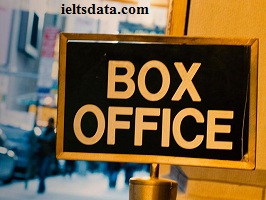