Home
ACADEMIC WRITING
Many things that used to be done in the home by hands are now being done by machines.

Many things that used to be done in the home by hands are now being done by machines.

Does this development bring more advantages or disadvantages?

Although adhering to the protocol is mandatory, replenishing it with a tint of modernization is the new thought of Millenials. In view of the above, I would like to explain that many household jobs which were done by bare hands are now being easily performed by certain appliances. Even though they are drawbacks the merits do overweight them which are discussed below.

Firstly, In good olden days, our ancestors used to follow procedures to get the desired output to quote an example to keep the house neat and tidy regular dustings were done by the residents that too every nook and corner were sanitized however with the advent of vacuum cleaner coming into limelight. this daily chore has been less strainful and restrains time. In contrast, it does carry an impediment like inaccessible areas should still be cleaned manually without the system.

Secondly, Modernization has indeed been a boon to many housewives as well as bachelors for example the introduction of the oven, made the heating of food much easier, the onset of mixer was like a magic wand for many as it halted the hand-driven motor and pestle techniques. Nevertheless, they encompass a mere amount of prejudice, as all the machines are powered by current so the lack of power supply will drive all the apparatus numb provoking us to perform the activities with our hands.

Hence to conclude, While,I strongly affirm that manual intervention is mandatory to execute the household chores, the constrictions can be lowered by the new age automation.

This is the end of writing task 2:: ( Many things that used to be done in the home by hands are now being done by machines.)

Sample 1 In the present scenario, computers become part and … 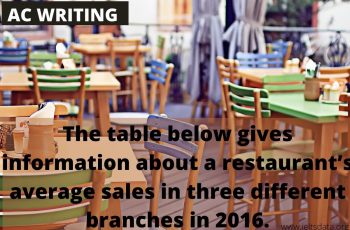