There are several reasons, why the students with the best academic performance should be granted an incentive. The core of this argument is that rewarding them will motivate all other students to study hard and achieve the best results. Exams are like a competition, and the winners deserve to be recognized.

However, it’s undeniable that in the same class, there are various student levels. The toppers are very few, and are in most cases capable of working hard as well as doing smart study. They know how much effort is required in which areas. All students are not so gifted. The mediocre students, despite spending lots of time and effort, are still incapable of competing with those having higher IQ. Therefore, it is imperative to acknowledge their effort also. The policy of rewarding them would encourage a wide range of students who persevere and make improvements in their results.

I believe that encouraging all achievers is a must. The achievement of the toppers, is visible to all, and should be remunerated with reward. However, the onus is on the teachers to identify the students who show the maximum improvements and encourage them by bringing them into the limelight. For example, if a student gets 40% marks in first trimester exams, but manages to reach 60-70% in second trimester, then he should be given due recognition for his hard work. This would be a better motivation for a wider group of students.

To conclude, it is necessary to reward all achievers – the toppers, as well as the ones showing good progress in their study 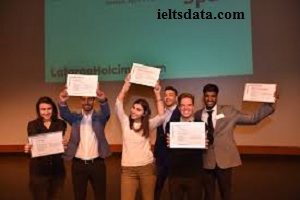