Recent advancements in technology have made the TV screen so live that people don’t feel the need to go for any live performance (e.g. live shows or concerts). To what extent do you agree or disagree?

Undoubtedly, the experience of live performance builds community. There’s never going to be anything like sitting in a theater with hundreds of people around you who value what you value. The appeal of live performance also provides the excitement of the actor-audience connection in real time. These will keep the theater from fading away completely no matter how much technology takes over our lives. However, the TV of today has eroded the influence of live events so much so that the theatre and television have become competitors.

The main factors in favour of TV are the high cost and the limited accessibility of actual live shows. Even if more people wanted to actually go and watch live shows, the seating capacity is limited. On top of that the tickets are very costly, especially if you want seats near the stage.

Another thing, which goes in favour of TV is the lack of time in today’s fast-paced world. People also have to stand in queues and drive distances to watch these shows. One 2-3 hour live show actually takes away a whole day at times. Despite the fact that people want to experience live shows, such shows have become once or twice in a lifetime events and that too for those, who have the time and money to do so.

Live television has also many other benefits. You don’t need to dress formally. It can be watched in the comfort of ones sofa or bed and while doing some other household chores. The focus of the cameras is also on the main characters, because of which you can in fact get a better view of the actual show.

To conclude, I reiterate my view by saying that while actually going an attending a concert or drama is in itself a unique experience, the live TV screen of today has and edge over it all, because it has made arts accessible to all regardless of geographical, social or economic boundaries. 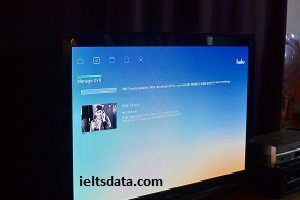 2 thoughts on “Recent advancements in technology have made the TV screen so live that people don’t feel the need to go for any live performance (e.g. live shows or concerts). To what extent do you agree or disagree?”