1. Left- or right-handed bathwater? This seems a silly question, but it was the subject of a serious scientific investigation sponsored by the Daily Mail in 1965. The investigation showed that the direction water swirls down the plug-hole vortex depends on which side of the Equator you are.
2. As for homo sapiens, between 5 and 30% of the population are estimated to be left-handed, with more males than females,’ although .in one test, 95% of fetuses were found to suck their right thumb in the womb. The general consensus of opinion is that left-handedness is determined by a dominant right cerebral hemisphere controlling the left side of the body, and vice versa. Hereditary factors have been ruled out. So too have earlier theories concerning the 262 need for soldiers to shield their hearts, and the desirability of learning to use Stone Age tools and implements with the hand they were designed for, as well as Plato’s idea that it all boiled down to which arm a baby was cradled with. However, the almost universal human preference for dextrality, or right-handedness, remains a mystery.
3. Prejudice against the left-hand dates back to ancient times and is so entwined with religious beliefs and superstitions that it still exists today, in everyday speech. Sinister, the Latin for the left hand, means ‘suggestive of evil’ in English, while the French gauche is awkward, or clumsy. Left itself derives from Anglo Saxon left (weak and fragile). The nonjudgmental term southpaw, by contrast, originates from the Chicago baseball stadium where pitchers faced west, so the pitching arm of a lefthander is to the South.
4. Other negative terms include pen pushers, while a left-handed compliment is actually an insult. Thomas Carlyle, who described right-handedness as the oldest institution in the world, introduced the political concept of ‘left’ in his work on the French Revolution – in the 1789 Paris Assembly the nobles sat on the right, opposite the radicals.
5. Associations with luck also go back to early history. The ancient Greek and Roman augurs foretold the future of bird-flight. While the former faced North, with the propitious sunrise side to their right, the latter, before changing later, when sinister took on its’ ominous meaning, looked southward, so the left was for good omens.
6. Superstitions world-wide reflect this bias. In Morocco, as in many countries, an itchy left palm means losing money, and a twitching left eyelid denotes the death of a relative or sorrow, whereas the right side has felicitous indications. We throw salt over our left shoulder to thwart the demons creeping up on us, but blessed with the right hand. One pours wine with this hand and passes it around the table clockwise, the direction of the sun.
7. Our relatives, the primates, appear to be ambidextrous, or able to use both hands, although gorillas have heavier left arms seemingly due to greater utilization. Aristotle observed that crabs and lobsters had larger right claws. Rats are 80% dextral, yet polar bears are believed to be left-pawed. Flatfish provide interesting data: in northern seas, plaice and sole have their eyes and color on the right side, but tropical halibut are the other way round. If this is to do with light and sun rotation, it may explain why Indian Ocean sole is reversed, but not why northern halibut are’ just as sinistral as their southern cousins. In the plant kingdom, honeysuckle is a rare example of a left-handed climber that twines anticlockwise, or widdershins!
8. Although we live in a more tolerant age, not so long ago in the UK youngsters were forced to use their right hand, ‘to learn the value of conformity’ (A. N. Palmer), often resulting in the stuttering speech defects common in ‘switched sinistrals’ like George VI. In the 1950s the American psychiatrist Abram Blau accused left-handed children of infantile perversity and a stubborn refusal to accept dextrality.
9. Not all experts were so anti- sinistral, however. The 17th century Norfolk scholar Sir Thomas Browne wrote of the prejudices against left-handedness but accepted that a small proportion of people would always be so and saw no reason to prevent them. Apart from being considered difficult, anti-social troublemakers, left-handers have also been thought to be artistic, creative and gifted.
10. Famous lefties include Leonardo da Vinci, Michelangelo, Benjamin Franklin, Bill Clinton, Joan of Arc, Lewis Carroll, Paul McCartney, Jimi Hendrix, Jean Genet, Beethoven and many others.
11. Finally, in defense of all sinistral, if the left side of the body is really controlled by the right hemisphere of the brain, then left-handers are the only people in their right minds!
Questions 1-5

Choose the correct letter A, B, C or D.
1. The direction of water going down the plug-hole
A. is not related to where you are.
B. is independent of the side of the Equator you are on.
C. is linked to the side of the Equator you are on.
D. was first discovered by the Daily Mail in the 1950s.
2. In determining left-handedness, hereditary factors are generally considered
A. as important.
B. as having no impact.
C. as being a major influence.
D. as being the prime cause.
3. The reason why
A. almost everyone is right-handed is unknown.
B. some people are right-handed is ambiguous.
C. Plato worked out the mystery of left-handedness is not known.
D. many people are right-handed is now clear.
4. The word ‘southpaw’ is
A. an Anglo-Saxon term.
B., not a negative term.
C. suggestive of evil.
D. a negative term.
5. The left was connected with
A. being unclean by the Greeks.
B. goodness by the French.
C. fortune and bird-flight by many cultures.
D. good fortune in ancient Greece and Rome.
Questions 6-9

Answer the questions below.
Choose NO MORE THAN TWO WORDS from the passage for each answer.
6. Who was the originator of the political concept of left?
7. What did the ancient Romans use to predict the future?
8. What does an itchy palm in the left hand mean?
9. In which direction is wine passed around the table?
Questions 10-13

Complete each sentence with the correct ending A-G.
10. Gorillas, unlike other primates,
11. Fish color and eye position
12. Most plant climbers
13. In the past some experts

A. appear to have been against left-handedness.
B. are usually the same in both hemispheres.
C. are apparently not always dependent on the hemisphere.
D. seems to have difficulty using both hands.
E. looked at left-handedness with indifference.
F. tend to grow clockwise rather than anti-clockwise.
G. seem to use their left-hand more.
Question 14 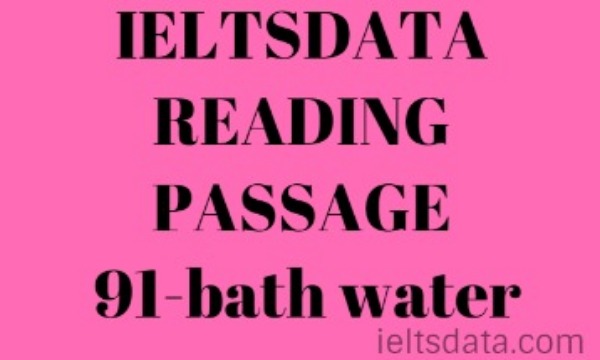