DIABETES
Here are some facts that you probably didn’t know about diabetes. It is the
world’s fastest growing disease. It is Australia’s 6th leading cause of death. Over 1
million Australians have it though 50% of those are as yet unaware. Every 10 minutes
someone is diagnosed with diabetes. So much for the facts but what exactly is diabetes?
Diabetes is the name given to a group of different conditions in which there is too much
glucose in the blood. Here’s what happens: the body needs glucose as its main source of fuel or
energy. The body makes glucose from foods containing carbohydrate such as vegetables containing
carbohydrate (like potatoes or corn) and cereal foods (like bread, pasta and rice) as well as fruit
and milk. Glucose is carried around the body in the blood and the glucose level is called glycaemia.
Glycaemia (blood sugar levels) in humans and animals must be neither too high nor too low, but
just right. The glucose running around in the blood stream now has to get out of the blood and into
the body tissues. This is where insulin enters the story. Insulin is a hormone made by the pancreas,
a gland sitting just below the stomach. Insulin opens the doors that let glucose go from the blood
to the body cells where energy is made. This process is called glucose metabolism. In diabetes,
the pancreas either cannot make insulin or the insulin it does make is not enough and cannot work
properly. Without insulin doing its job, the glucose channels are shut. Glucose builds up in the
blood leading to high blood glucose levels, which causes the health problems linked to diabetes.
People refer to the disease as diabetes but there are actually two distinctive types of the
disease. Type 1 diabetes is a condition characterized by high blood glucose levels caused by a
total lack of insulin. It occurs when the body’s immune system attacks the insulin-producing beta
cells in the pancreas and destroys them. The pancreas then produces little or no insulin. Type 1
diabetes develops most often in young people but can appear in adults. Type 2 diabetes is the most
common form of diabetes. In type 2 diabetes, either the body does not produce enough insulin
or the cells ignore the insulin. Insulin is necessary for the body to be able to use sugar. Sugar is
the basic fuel for the cells in the body, and insulin takes the sugar from the blood into the cells.
The diagnosis of diabetes often depends on what type the patient is suffering from. In Type 1
diabetes, symptoms are usually sudden and sometimes even life threatening – hyperglycaemia (high
blood sugar levels) can lead to comas – and therefore it is mostly diagnosed quite quickly. In Type 2
diabetes, many people have no symptoms at all, while other signs can go unnoticed, being seen as part
of ‘getting older’. Therefore, by the time symptoms are noticed, the blood glucose level for many people
can be very high. Common symptoms include: being more thirsty than usual, passing more urine,
feeling lethargic, always feeling hungry, having cuts that heal slowly, itching, skin infections, bad breath,
blurred vision, unexplained weight change, mood swings, headaches, feeling dizzy and leg cramps.
At present there is no cure for diabetes, but there is a huge amount of research looking
for a cure and to provide superior management techniques and products until a cure is found.
Whether it’s Type 1 or Type 2 diabetes, the aim of any diabetes treatment is to get your blood
glucose levels as close to the non-diabetic range as often as possible.

For people with Type 1
diabetes, this will mean insulin injections every day plus leading a healthy lifestyle. For people
with Type 2 diabetes, healthy eating and regular physical activity may be all that is required at
first: sometimes tablets and/or insulin may be needed later on. Ideally blood glucose levels are
kept as close to the non-diabetic range as possible so frequent self-testing is a good idea. This
will help prevent the short-term effects of very low or very high blood glucose levels as well as
the possible long-term problems. If someone is dependent on insulin, it has to be injected into the
body. Insulin cannot be taken as a pill. The insulin would be broken down during digestion just like
the protein in food. Insulin must be injected into the fat under your skin for it to get into your blood.
Diabetes can cause serious complications for patients. When glucose builds up in the blood instead
of going into cells, it can cause problems. Short term problems are similar to the symptoms but long
term high blood sugar levels can lead to heart attacks, strokes, kidney failure, amputations and
blindness. Having your blood pressure and cholesterol outside recommended ranges can also lead
to problems like heart attack and stroke and in fact 2 out of 3 people with diabetes eventually die
of these complications. Young adults age 18 – 44 who get type 2 diabetes are 14 times more likely
to suffer a heart attack, and are up to 30 times more likely to have a stroke than their peers without
diabetes. Young women account for almost all the increase in heart attack risk, while young men are
twice as likely to suffer a stroke as young women. This means that huge numbers of people are going
to get heart disease, heart attacks and strokes years, sometimes even decades, before they should.
Questions 1 – 7
Do the following statements reflect the views of the writer in Reading Passage 1?
In boxes 1 – 7 on your answer sheet write:
YES if the statement agrees with the information
NO if the statement contradicts the statement
NOT GIVEN if there is no information on this in the passage

1 Carbohydrate foods are the body’s source of glucose.
2 Diabetics cannot produce insulin.
3 Some patients develop diabetes due to faults in their own immune
systems

4 Hyperglycaemia leads to type 1 diabetes being diagnosed quite quickly.
5 Artificial insulin is the most effective treatment for those patients
requiring insulin.
6 Frequent check ups at the doctor can drastically reduce the chances of
suffering from problems related to diabetes.
7 The majority of diabetics develop heart problems or suffer strokes.

Questions 8 – 11
Complete the following statements with the best ending from the box on the next
page
Write the appropriate letters A – H in boxes 8 – 11 on your answer sheet.
8 Bizarre as it may seem, many people with diabetes…
9 Insulin is a hormone that allows glucose to be absorbed by…
10 Non severe type 2 diabetes can be solely treated by…
11 Increases in diabetes related heart problems are mainly seen in…

A a healthy lifestyle.
B never suffer any ill effects.
C women.
D people also suffering strokes.
E body cells.
F the pancreas.
G do not realise the fact.
H injections.
Questions 12 – 14
According to the text which of the following are symptoms of diabetes?
Choose THREE letters (A – G) and write them in boxes 12 – 14 on your answer
sheet.
A hot flushes
B muscle pains
C nausea
D losing consciousness
E tiredness
F bleeding gums
G dilation of the eyes 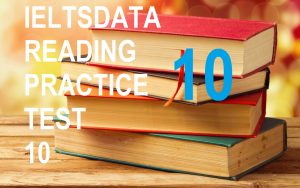 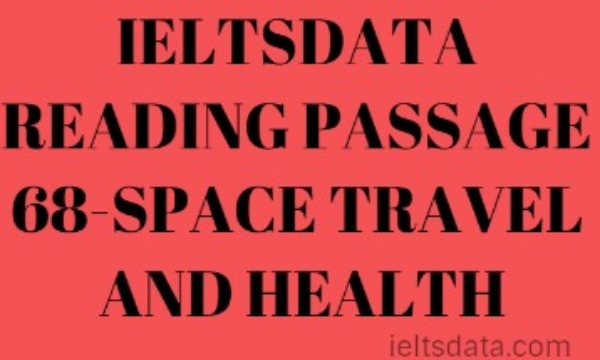 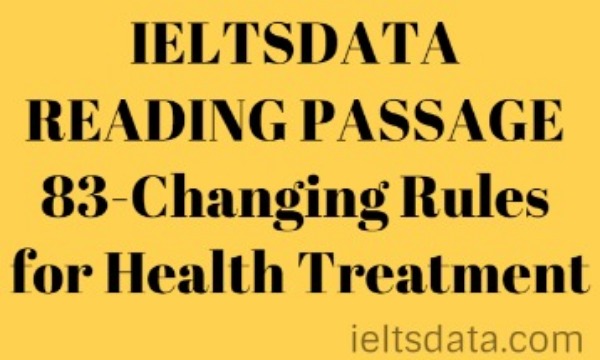