A Breeding bitterns became extinct in the UK by 1886 but, following re-colonisation early last century, numbers rose to a peak of about 70 booming (singing) males in the 1950s, falling to fewer than 20 by the 1990s. In the late 1980s it was clear that the bittern was in trouble, but there was little information on which to base recovery actions.

B Bitterns have cryptic plumage and a shy nature, usually remaining hidden within the cover of reedbed vegetation. Our first challenge was to develop standard methods to monitor their numbers. The boom of the male bittern is its most distinctive feature during the breeding season, and we developed a method to count them using the sound patterns unique to each individual. This not only allows us to be much more certain of the number of booming males in the UK, but also enables us to estimate local survival of males from one year to the next

C Our first direct understanding of the habitat needs of breeding bitterns came from comparisons of reedbedsites that had lost their booming birds with those that retained them. This research showed that bitterns had been retained in reedbeds where the natural process of succession, or drying out, had been slowed through management. Based on this work, broad recommendations on how to manage and rehabilitate reedbeds for bitterns were made, and funding was provided through the EU LIFE Fund to manage 13 sites within the core breeding range. This project, though led by the RSPB, involved many other organisations.

D To refine these recommendations and provide fine-scale, quantitative habitat prescriptions on the bitterns7 preferred feeding habitat, we radio-tracked male bitterns on the RSPB’s Minsmere and Leighton Moss reserves. This showed clear preferences for feeding in the wetter reedbed margins, particularly within the reedbed next to larger open pools. The average home range sizes of the male bitterns we followed (about 20 hectares) provided a good indication of the area of reedbed needed when managing or creating habitat for this species. Female bitterns undertake all the incubation and care of the young, so it was important to understand their needs as well. Over the course of our research, we located 87 bittern nests and found that female bitterns preferred to nest in areas of continuous vegetation, well into the reedbed, but where water was still present during the driest part of the breeding season.

E The success of the habitat prescriptions developed from this research has been spectacular. For instance, at Minsmere, booming bittern numbers gradually increased from one to 10 following reedbed lowering, a management technique designed to halt the drying out process. After a low point of 11 booming males in 1997, bittern numbers in Britain responded to all the habitat management work and started to increase for the first time since the 1950s.

F The final phase of research involved understanding the diet, survival and dispersal of bittern chicks. To do this we fitted small radio tags to young bittern chicks in the nest, to determine their fate through to fledgingand beyond. Many chicks did not survive to fledging and starvation was found to be the most likely reason for their demise. The fish prey fed to chicks was dominated by those species penetrating into the reed edge. So, an important element of recent studies (including a PhD with the University of Hull) has been the development of recommendations on habitat and water conditions to promote healthy native fish populations

G Once independent, radio-tagged young bitterns were found to seek out new sites during their first winter; a proportion of these would remain on new sites to breed if the conditions were suitable. A second EU LIFE funded project aims to provide these suitable sites in new areas. A network of 19 sites developed through this partnership project will secure a more sustainable UK bittern population with successful breeding outside of the core area, less vulnerable to chance events and sea level rise.

H By 2004, the number of booming male bitterns in the UK had increased to 55, with almost all of the increase being on those sites undertaking management based on advice derived from our research. Although science has been at the core of the bittern story, success has only been achieved through the trust, hard work and dedication of all the managers, owners and wardens of sites that have implemented, in some cases very drastic, management to secure the future of this wetland species in the UK. The constructed bunds and five major sluices now control the water level over 82 ha, with a further 50 ha coming under control in the winter of 2005/06. Reed establishment has principally used natural regeneration or planted seedlings to provide small core areas that will in time expand to create a bigger reed area. To date nearly 275,000 seedlings have been planted and reed cover is extensive. Over 3 km of new ditches have been formed, 3.7 km of existing ditch have been re-profiled and 2.2 km of old meander (former estuarine features) has been cleaned out.

I Bitterns now regularly winter on the site some indication that they are staying longer into the spring. No breeding has yet occurred but a booming male was present in the spring of 2004. A range of wildfowl breed, as well as a good number of reedbed passerines including reed bunting, reed, sedge and grasshopper warblers. Numbers of wintering shoveler have increased so that the site now holds a UK important wintering population. Malltraeth Reserve now forms part of the UK network of key sites for water vole (a UK priority species) and 12 monitoring transects has been established. Otter and brown-hare occur on the site as does the rare plant. Pillwort.

Choose the correct heading for paragraphs A-Hfrom the list below. Write the correct number, i-viii, in boxes 14-20 on your answer sheet.

Answer the questions below.

Choose NO MORE THAN THREE WORDS AND/OR A NUMBER from the passage for each answer.

8. When did the bird of bitten reach its peak of number?

9. What does the author describe the bittern’s character?

10. What is the main cause for the chick bittern’s death?

11. What is the main food for chick bittern?

12. What system does it secure the stability for bittern’s population?

13. Besides bittern and rare vegetation, what mammal does the plan benefit?

Choose the correct letter, A, B, C or D.

14. What is the main purpose of this passage?

A Main characteristic of a bird called bittern.

B Cooperation can protect an endangered species.

C The difficulty of access information of bittern’s habitat and diet.

D To save wetland and reedbed in UK. 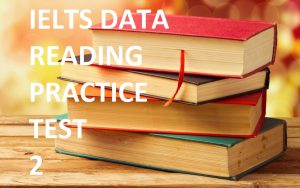