IELTSDATA READING PASSAGE 119-Much ado about almost nothing. 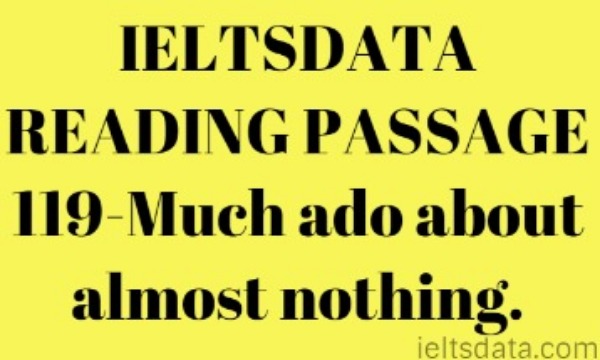 The public outcry over genetically modified food offers several lessons for those working and investing in nanotechnology
Profit of Doom
1. “THE time for discussion of the rights and wrongs of GM crops has passed. Intense and consistent economic sabotage and intimidation are what will make the commercialisation of GM crops an unattractive option.”
2. Words like these, from an article in the current edition of Earth First!, a radical environmental journal, send shivers down the spines of those involved in commercialising biotechnology. The strength of public disapproval of genetically modified organisms (GMOs) was a shock and a surprise to most of those involved. Now, some people are wondering whether nanotechnology – a term that covers the manipulation of matter at scales of a millionth of a millimetre – could be in for similar treatment and, if so, whether there are lessons that its protagonists can learn from the public backlash against biotechnology.
3. In a neglected corner, amid thousands of participants at a Nanotech conference held in Boston last week, Jeffrey Matsuura, a law professor at the University of Dayton, in Ohio, stood next to his unprepossessing poster of his work. His warning, however, was pertinent to everyone there – especially the investors who were scouring the conference for opportunities. And this is that several of the factors that created a public backlash against biotechnology are already at work within nanotechnology. Dr Matsuura says that biotechnologists assumed that the public would quickly recognise and appreciate biotech’s potential for improving the quality of life. Instead, the risks captured the attention of the media and much of the general public. Well-fed European consumers met the suggestion of cheaper food, in particular, with scepticism. Many felt that the gains would accrue to the companies which had developed GMOs, while the risks of growing and consuming the crops would be taken on by the public.
4. Dr Matsuura believes that public perception of nanotechnology is developing along a similar track. Like those of biotechnology, the first applications of nanotechnology will bring little obvious benefit to consumers. Better, cheaper materials, and hidden manufacturing efficiencies that benefit producers first, are redolent of the ‘advantages’ of biotech – namely reduced applications of agricultural chemicals, which help to keep the cost down while raising yields. Obvious consumer benefits, such as improvements in medicine, are further away.
5. This should not matter – consumers do benefit eventually, even from cost savings. And yet, in alliance with a feeling that there are hazards involved, an absence of immediate benefits could turn public opinion against nanotech quite rapidly. And potential hazards there are. Concerns over out-of-control, self-replicating ‘nanobots’ that would eventually consume and transform the entire planet into a ‘grey goo’ are absurd. And yet, it is true that novel ‘nanoparticles’ might have real toxicological risks.
6. Nanoparticles are so small that, if inhaled, they could become lodged in the lungs. In theory, they are small enough to enter living cells and accumulate there. And in January Ken Donaldson, a professor of respiratory toxicology at the University of Edinburgh, told a Royal Institution seminar in London that, once inhaled, ultrafine carbon particles can move to the brain and blood.
7. There are already several products that use nanoparticles already on the market, such as sunscreen and car parts. Though all this may sound alarming, people are already exposed to nanoparticles of many different kinds and have been throughout history. Soot, for example, is composed of carbon nanoparticles. Nevertheless, nanoparticles from sources such as diesel soot, welding fumes and photocopier toner are already associated with ill-health. The prospect of more such particles is likely to worry many. No wonder that several people at the conference in Boston mentioned the need to address public fears over nanotechnology “aggressively”.
8. One of these was Clayton Teague, the director of America’s National Nanotechnology Coordination Office. He says the American government is as sensitive to any indication of true health risk as any member of the public. Several large and well-funded studies on the environmental and health risks of nanotechnology are now underway.
9. Dr. Teague adds that any decisions about nanotechnology will be made carefully and based on solid scientific data. But even if science gives the go-ahead, another one of Dr Matsuura’s lessons is that this might not necessarily win the day, and that fear over potential abuses and accidents may dominate the debate.
10. One piece of advice Dr Matsuura gives is that everyone involved should have a consistent message. If investors are told a technology will change the world, someone who is concerned about the risks cannot then be told that the same technology is no big deal. It strikes a false note to say that something can be both revolutionary and nothing to worry about, he says. Such inconsistencies will breed public mistrust and fear.
Product placement
11. Donald Reed is a senior consultant with Ecos, a business-advisory firm based in Sydney, Australia, that acts as an intermediary between corporations and activists. Mr. Reed goes as far as to recommend that companies think about the early products they choose to pursue – in particular, whether they can demonstrate the “societal value” of these products. For example, it might be worth emphasizing that one of the early products of nanotechnology could be cheap and efficient photovoltaic materials, which are used to generate electricity from sunlight.
Questions 1-4
Look at the following people and the list of statements below. Match each person with the correct statement.
1. Clayton Teague
2. Ken Donaldson
3. Donald Reed
4. Jeffrey Matsuura
List of Statements
A. Nanotechnology is being affected by factors that created opposition to biotechnology.
B. Europeans have the most to gain from nanotechnology development.
C. Sound scientific data will be the basis of any decisions about nanotechnology.
D. Governments cannot shape the development of nanotechnology.
E. Nanotechnology is not a cause for concern.
F. Carbon nanoparticles can be breathed in and then move to the brain and blood.
G. Companies should show how their early nanotechnology products can benefit society.
Questions 5-8

Complete the sentences.
Choose NO MORE THAN THREE WORDS from the passage for each answer.
5. Strong public disapproval of…………………….came as a shock to those working in the area.
6. Europeans reacted to the suggestion of cheaper food with………………….
7. Anxiety about ‘nanobots’ that would in time change the planet is …………………………………
8. Nanoparticles from photocopier toner are already linked to…………………………
Questions 9-13
Complete the summary using the list of words A-L below.
Some people believe that nanotechnology could face a 9………………..fate to biotechnology. Rather than welcoming the 10……………….., the media and much of the general public focused their attention on the 11……………………of biotechnology. So it is important to emphasize the immediate 12……………….of nanotechnology; otherwise, the public could adopt a negative 13……………………towards nanotech. It is therefore important for everyone involved to be consistent.
A worse B greater C devices D particles E costs
Flatter G dangers H thoughts I advantage J former
K attitude L comparable

Some people think that the amount of noise people make has to be controlled strictly. Others, however, say that people are free to make as much noise as they wish. Discuss both views and give your own opinion.

Some people think history has nothing or little to tell us, but others think that studying the past history can help us better understand the present. Please discuss the two views and give your own opinion. 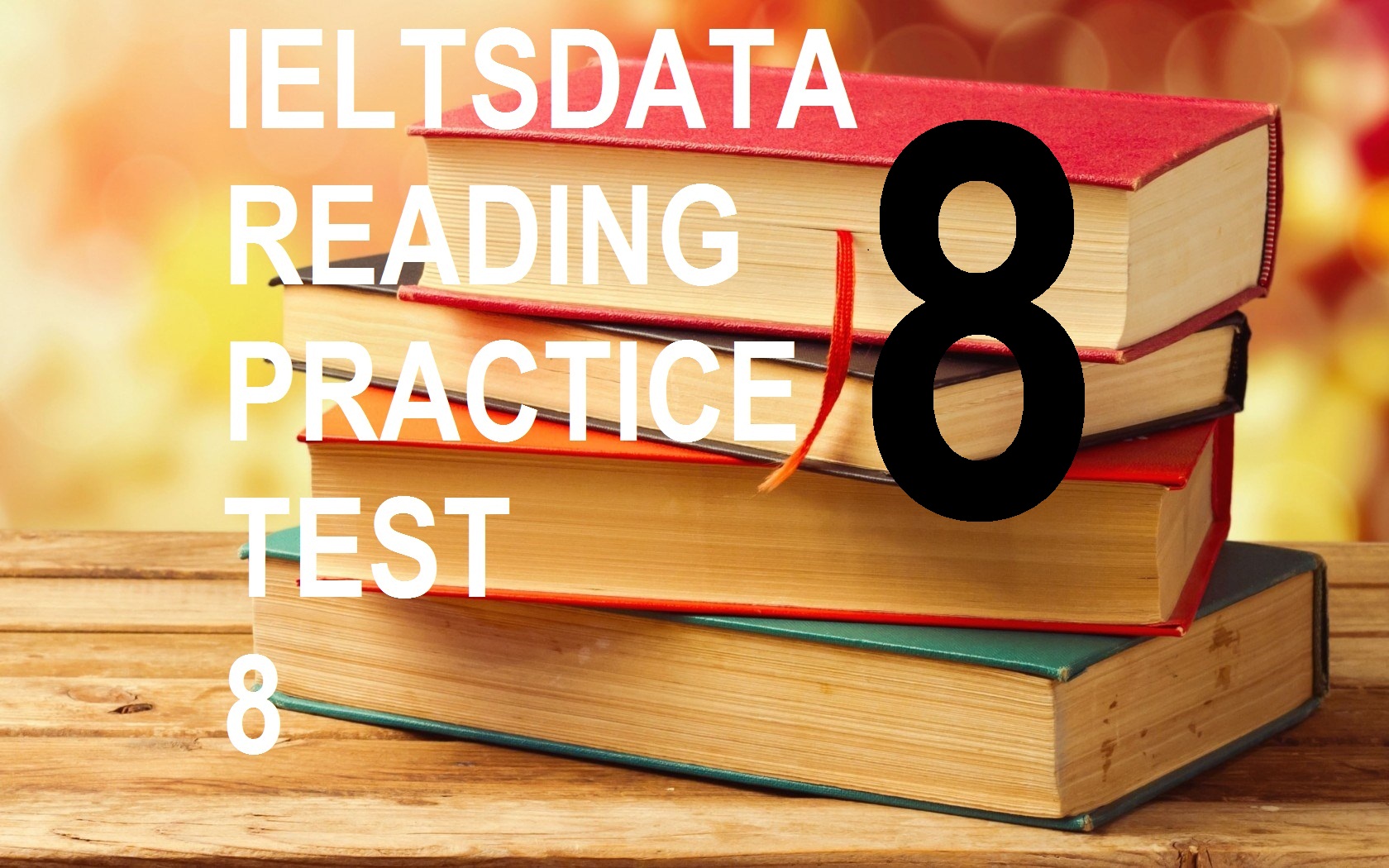 INSOMNIA – THE ENEMY OF SLEEP A It is not …