Some people argue that companies and private individuals, rather than governments, should pay the bill of pollution. To what extent do you agree or disagree?

First of all, it may not be possible to say who is to blame. For instance, in my home town, there is a sugar mill, a starch mill and a textile mill. All are adding to pollution in their own way. It would be very difficult to pin point the extent to which each one has to pay for pollution. Such businesses will find loopholes to avoid heavy bills. Therefore, the government should take the onus of handling the pollution costs.

Secondly, the big companies may be unwilling to accept the responsibility of paying the additional bill of pollution by saying that they are already paying heavy taxes to the government. They could also argue that they are assisting the governments indirectly by aiding many charity organizations.

Moreover, in places where governments have tried this policy and successfully prosecuted the companies who violated the law, it took years to get the result. Therefore, it would be very unpractical to make companies and individuals to pay the bill of pollution. The governments could, however, make it mandatory for companies to set up effluent treatment plants and subsidize them greatly so as to increase compliance of the companies to set them up.

Summing up, pollution is a serious issue and the government should not leave it to the individuals and companies to pay its bill. It can however, make it mandatory for the companies to set up effluent treatment plants so that pollution is minimized. 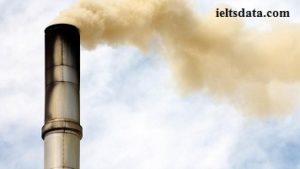