What is the name of the movie?

What is the theme of the movie?

in this modern era, with the advent of technology, there are vast sources of entertainment in the society.one of these sources is the theatre where one could feel relaxed by watching his favourite movie.movies are based on different kinds of themes like comedy, action, drama, horror, romantic, historical, religious, patriotic.but today I would like to talk about my favourite movie which I have seen with my friends in orbit cinema a few years ago.it is a patriotic movie directed and produced by JP Dutta who is a renowned filmmaker in Bollywood industry.it is the movie border.

Q-1: what kind of movies do you like other than patriotic movies?

Ans: I like comedy movies other than patriotic movies because in this fast progressing world everyone feels the stress and tensions in his life.same thing happens with me.so to make me relax I prefer to watch comedy movies like heraferi, houseful, goalmall etc.

Q-1: what is the difference between techniques for making films in the present and past time?

Ans: in the past time when movies just came in the market, the techniques were not so developed.the print of movies was black and white.but with the advent of technology a variety of techniques have come in the film industry.nowadays films are released with not only colour print but with three-dimensional features.

Q-3: what kinds of films are more successful in this modern era?

Ans: producers make films on different topics but as I earlier said that worries and tension of people are increasing day by day.so to get relaxation from their worries they prefer to watch comedy movies. 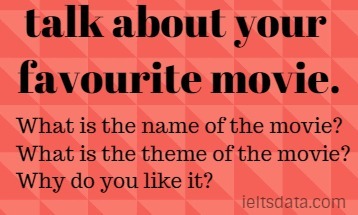