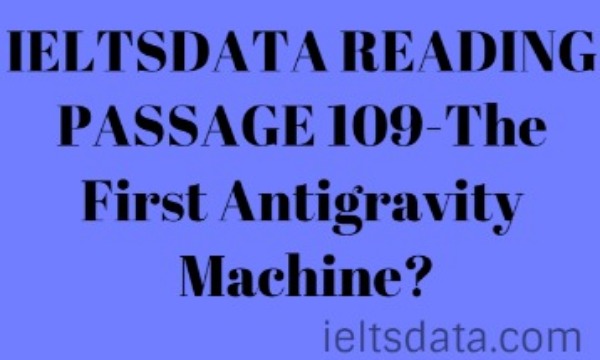 It was one of the biggest science stories of the 1990s. Even now, the facts behind it remain hotly disputed. And small wonder, for if the claims made for the small disc, the focus of the controversy, are true, it may be possible to break through one of the great barriers in the scientific world and control the most potent of cosmic forces: gravity. Huge innovations in flight and space travel could arise from that.
The first gravity-blocking system to be taken seriously by scientists appeared in a laboratory in Tampere University of Technology, Finland. A Russian scientist named Dr. Evgeny Podkletnov created a disc 275mm across, made from a substance which combined copper, barium and the ‘rare Earth metal’ called yttrium, which is known to be a high-temperature superconductor (a substance that conducts electricity without resistance). When chilled with liquid nitrogen at -196° C (a high temperature compared with other superconductors), this material loses all its electrical resistance and can levitate (lift) in a magnetic field. That may seem amazing for a ceramic-like material – and it won a Nobel Prize for the scientists Karl Muller and Johannes Bednorz, who first demonstrated it in the 1980s. But according to Podkletnov, the disc had another far more astounding property.
In 1992, while experimenting with rotating superconductors, Podkletnov noticed that pipe-smoke from a nearby researcher was drifting into a vertical column above the spinning disc. Intrigued by this phenomenon, he decided to devise an experiment to investigate further. A superconductive disc, surrounded by liquid nitrogen was magnetically levitated and rotated at high speed – up to 5,000 revolutions per minute (rpm) in a magnetic field. An object was suspended from a sensitive balance above the disc. It was enclosed in a glass tube to shield it from any effects of air currents. During the course of a series of tests, Podkletnov was able to observe that the object lost a variable amount of weight from less than 0.5 percent to 2 percent of its total weight. The effect was noted with a range of materials from ceramics to wood. The effect was slight, yet the implications were revolutionary: the disc appeared to be partly shielding the object from the gravitational pull of the earth.
This was just the start, claimed Podkletnov. While far short of the 100 percent reduction in weight needed to send astronauts into space, for example, it was infinitely greater than the amount predicted by the best theory of gravity currently in existence. Einstein’s theory of general relativity (GR), published in 1905. According to Einstien, gravity is not some kind of ‘force field’ like magnetism, which can – in principle at least – be screened out. Instead, GR views gravity as a distortion in the very fabric of space and time that permeates the whole cosmos. As such, any claim to have shielded objects from gravity is to defy Einstein himself.
Podkletnov’s claims were subjected to intense scrutiny when he submitted them for publication. The UK Institute of Physics had Podkletnov’s paper checked by three independent referees, but none could find a fatal flaw. His research was set to appear in the respected Journal of Physics D
when events took an unexpected turn. The claims were leaked to the media, sparking worldwide coverage of his apparent breakthrough. Then Podkletnov suddenly withdrew the paper from publication and refused to talk to the press.
Rumors began to circulate of unknown backers, demanding silence until the device had been fully patented. But for many scientists, the strange events were all too familiar. Podkletnov was just the latest in a long line of people to have made claims about defying gravity. Most of these have come from madcap inventors, with bizarre devices, often with some kind of spinning disc. But occasionally respectable academics have made such claims as well.
One instance of this occurred in the late 198Os when scientists at Tohoku University, Japan, made headlines with research suggesting that apparatus known as the gyroscope, lost 0.01 percent of its weight when spinning at up to 13,000 rpm. Oddly the effect only appeared if the gyroscope was spinning anticlockwise – raising suspicions that some mechanical peculiarity was to blame. Attempts by scientists at the University of Colorado to replicate the effect failed.
Then Professor Giovanni Modanese, an Italian theoretical physicist, became interested. He had read an earlier paper by Podkletnov, hinting at a connection between superconductivity and gravity shielding. Modenese wondered if the magnetic field surrounding the superconductive disc might somehow assimilate part of the gravitational field under it. He published some calculations based on his idea in 1995 – and soon discovered that taking ‘antigravity’ seriously was a career-limiting move.
The revelations about Podkletnov’s antigravity research led to reports of major corporations setting up their own studies. In 2000, the UK defense contractor BAE systems were said to have launched “Project Greenglow” to investigate Podkletnov’s gravity shield effect. Then it emerged that the US aircraft builder Boeing was also investigating, suggesting it too had an interest in the effect. Groups in other countries were also rumored to be carrying out studies. Yet not one of the teams had reported confirmation of the original findings. Some projects have been wound up without producing results either way. So for the time being, it seems that the dream of controlling gravity will remain precisely that.
Question 1-4
Label the diagram below. Choose NO MORE THAN THREE WORDS AND/OR A NUMBER from the passage for each answer.

In the last century when a human astronaut first arrived on the Moon he said: “It is a big step for mankind”. But some people think it makes little difference to our daily life. To what extent do you agree or disagree?

More and more people are using the Internet to do their tasks rather than doing in person. (e.g. banking, shopping, hotel booking etc. ). Do the advantage of this trend outweigh the disadvantage.