Young people who commit serious crimes should be punished in the same way as adults. Do you agree or disagree?

Firstly, although adolescents are old enough to understand the difference between right and wrong, they are too young to make the right choices yet. The teenage brain can be likened to a car with a good accelerator but a weak brake. Studies have shown that adolescents are more likely to act on impulse and engage in risky behavior. They are less likely to think before they act, or pause to consider the potential consequences of their actions. These brain differences don’t mean that they shouldn’t be held responsible for their actions. It just means that they should be sent to juvenile courts and put in reformatory schools, so that they get a chance to realize their mistakes and become good citizens.

Secondly, if tried in an adult court, they may even be sent in prison. As you all know, adult prisons are very harsh. These prisons expose these young kids to hardened criminals who may act as professors of crime for them. Statistics show that juveniles tried and prosecuted in adult courts are more likely to re-offend than those who were tried in juvenile court.

There are people who opine that a young person who does a serious crime knows very well that what he is doing is wrong and so should be held responsible for his actions. There were heated debates on this topic, when in August 2013, a juvenile court in India sentenced the boy to three years detention in a juvenile home after finding him guilty of charges including rape and murder. Another big question was raised in those debates regarding the official age when a person steps into adulthood. In most countries it is 18, but, is proposed to be brought down to 15, which sounds more practical.

To sum up, children can and do or commit terrible crimes, and it is true that the reform and rehabilitation of child offenders under the juvenile justice system is not only in the best interests of children, but also the short and long-term interests of society. So, juvenile delinquents should not be punished like adults. However, the age for defining adulthood could be brought down slightly. 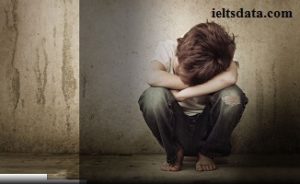