Most countries do not recycle their waste like paper, glass, and aluminum cans. Why does this happen and what steps can be taken to encourage recycling?

There are many reasons why people don’t recycle. Firstly, people don’t want to put in the extra effort. Some places have no pick-up and so they find recycling inconvenient. Secondly, the lack of space is an issue for many. People don’t want to see garbage and with little storage space for recycling bins, the trash is an eyesore. Thirdly, people think that it does not make a difference, so they don’t bother to do it. They also find it too hard to do. Since there are so many facets to recycling glass, plastic and paper. It’s hard to decipher which kinds go where.

Furthermore, people feel that recycling consumes energy. They talk about the fuel needed to drive those recycling trucks around carrying old newspapers from place to place. The cost involved in the recycling industry is much more than trash disposal at times. What they don’t know is that even taking this into account, there is a net benefit from recycling compared to landfill or incineration. The benefits to society from recycling compensate for any difference in cost. According to a current UK survey, the recycling of paper, glass, plastics, aluminum and steel was estimated to save more than 18 million tonnes of carbon dioxide a year through avoided primary material production.

People can be encouraged in many ways. To begin with, they should be awared about the benefits of recycling. Integrating recycling into the high school educational system could also help. An economic incentive to recycle should be there. In a study it was seen that offering reward for recycling can clearly contribute to increasing recycling rates, and almost a quarter of adults would be encouraged to recycle more frequently if they received a financial benefit. Moreover, some day could be dedicated to recycling. For example, America Recycles Day (ARD) is a day dedicated to encouraging Americans to recycle and buy, recycled products. ARD is celebrated annually on November 15. Thousands of events are held across the U.S. to raise awareness about the importance of recycling and to encourage Americans to sign personal pledges to recycle and buy products made from recycled materials.

To sum up, recycling is the need of the day, but many people do not recycle for various reasons given above. However, effective steps could be taken to encourage people to recycle. 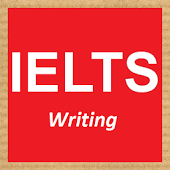