– Who the person is

– What kind of person he or she is

– What this person has done to influence you

– And explain why you think this person is important to you

 All our family members influence us in some way or the other.

 Here I would like to talk about a person who has had the maximum influence on me.

 This person is none other than my father.

 He is tall and handsome, and looks much younger than his age.

 He is a very disciplined person.

 He’s very humble and polite by nature, and everyone in our family and neighborhood

 He believes in leading by example.

 He gets up early in the morning, and motivates us also to do the same.

 He is very health-conscious, and guides us also to eat healthy.

 We live in a joint family, and he’s very caring towards my grandparents.

 Whenever he has time, he helps my mother in the household chores.

 He’s very particular that at least one meal of the day, should be shared by the whole

 During that meal we all family members share our days happenings with each other.

 Whenever anybody in the family or neighbors come to him for help, he goes out of the

way to help them.

 I have seen the look of admiration for him in everyone’s eyes.

 He is not just my father, he is also my friend and guide.

 I love him the most in this world, and pray to God for his long and healthy life 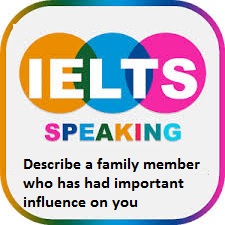