Describe an appointment that was put ahead of schedule

Thanks for giving me such an interesting topic. Once in my life I got an appointment to give an interview for the Job. I passed my Job test with good scores and came in the eligible candidates. I was so happy to hear it as my dream was just close to accomplish. Everyone congratulated me to pass the exam. The next step was to give an interview through which they had to select the required number of candidates. I got an appointment date for interview.

I started myself preparing for it as I didn’t have so much preparation for this job. The date of appointment was 10 days ahead. It was an enough time for me to prepare for this interview. So, I fixed my schedule according to the rest days I have. But suddenly after 2 days, they issued a letter in which the information was given that the date of interview has changed for some critical reasons and it will now be scheduled to 4 days before the previous date. I felt puzzled after reading it as I spent my two days already without preparing anything and they cut my 4 days too. Now I was left with only 4 days for preparation. I was full of anxiety with this reschedule of an appointment. But I had nothing to do with it.

Describe a bicycle tour that you took Ielts cue cards

Describe an enjoyable day that you spent in a countryside 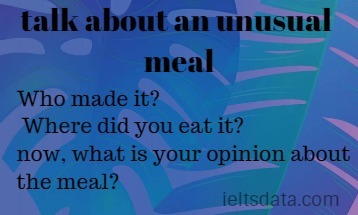 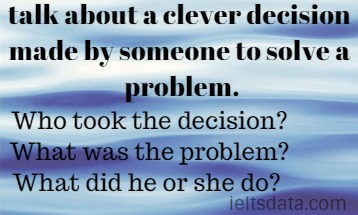