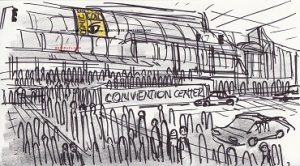 1 . The private car is assumed to have widened our horizons and increased our mobility. When we  consider our children’s mobility, they can be driven to more places (and more distant places) than  they could visit without access to a motor vehicle. However, allowing our cities to be dominated  by cars has progressively eroded children’s independent mobility. Children have lost much of  their freedom to explore their own neighbourhood or city without adult supervision. In recent  surveys, when parents in some cities were asked about their own childhood experiences, the  majority remembered having more, or far more, opportunities for going out on their own,  compared with their own children today. They had more freedom to explore their own  environment.
2 . Children’s independent access to their local streets may be important for their own personal,  mental and psychological development. Allowing them to get to know their own neighbourhood  and community gives them a ‘sense of place’. This depends on ‘active exploration’, which is not  provided for when children are passengers in cars. (Such children may see more, but they learn  less.) Not only is it important that children be able to get to local play areas by themselves, but  walking and cycling journeys to school and to other destinations provide genuine play activities  in themselves.
3 . There are very significant time and money costs for parents associated with transporting their
children to school, sport and to other locations. Research in the United Kingdom estimated that  this cost, in 1990, was between 10 billion and 20 billion pounds.
4 . The reduction in children’s freedom may also contribute to a weakening of the sense of local  community. As fewer children and adults use the streets as pedestrians, these streets become  less sociable places. There is less opportunity for children and adults to have the spontaneous of
community. This in itself may exacerbate fears associated with assault and molestation of  children, because there are fewer adults available who know their neighbours’ children, and who can look out for their safety.
5 . The extra traffic involved in transporting children results in increased traffic congestion, pollution
and accident risk. As our roads become more dangerous, more parents drive their children to  more places, thus contributing to increased levels of danger for the remaining pedestrians.  Anyone who has experienced either the reduced volume of traffic in peak hour during school  holidays, or the traffic jams near schools at the end of a school day, will not need convincing  about these points. Thus, there are also important environmental implications of children’s loss of  freedom.
6 . As individuals, parents strive to provide the best upbringing they can for their children. However,  in doing so, (e.g. by driving their children to sport, school or recreation) parents may be   contributing to a more dangerous environment for children generally. The idea that ‘streets are for  cars and back yards and playgrounds are for children’ is a strongly held belief, and parents have  little choice as individuals but to keep their children off the streets if they want to protect their  safety.
7 . In many parts of Dutch cities, and some traffic calmed precincts in Germany, residential streets   are now places where cars must give way to pedestrians. In these areas, residents are accepting   the view that the function of streets is not solely to provide mobility for cars. Streets may also be   for social interaction, walking, cycling and playing. One of the most important aspects of these   European cities, in terms of giving cities back to children, has been a range of ‘traffic calming’   initiatives, aimed at reducing the volume and speed of traffic. These initiatives have had complex     interactive effects, leading to a sense that children have been able to ‘recapture’ their local   neighbourhood, and more    importantly, that they have been able to do this in safety. Recent  research has demonstrated that  children in many German cities have significantly higher levels of  freedom to travel to places in their own neighbourhood or city than children in other cities in the  world.
8 .  Modifying cities in order to enhance children’s freedom will not only benefit children. Such cities  will become more environmentally sustainable, as well as more sociable and more livable for all city  residents. Perhaps it will be our concern for our children’s welfare that convinces us that we
need to challenge the dominance of the car in our cities.
Questions 1-5
Read statements 1-5 which relate to Paragraphs 1, 2, and 3 of the reading passage. Answer
Т if the statement is true,
F if the statement is false, or
NI if there is no information given in the passage
Example: The private car has made people more mobile. Answer: Т
1 . The private car has helped children have more opportunities to learn.
2 . Children are more independent today than they used to be.
3 . Walking and cycling to school allows children to learn more.
4 . Children usually walk or cycle to school.
5. Parents save time and money by driving children to school.
Questions 6-9
In Paragraphs 4 and 5, there are FOUR problems stated. These problems, numbered as questions 6-9,
are listed below. Each of these problems has a cause, listed A-G. Find the correct cause for each of the
problems and write the corresponding letter A-G, in the spaces numbered 6-9 on the answer sheet.
One has been done for you as an example.
There are more causes than problems so you will not use all of them and you may use any
cause more than once.