For people in the developing world it means better opportunities for personal and professional growth. More and more people in developing countries such as India and China now earn more than enough to lead comfortable lives. Now they have high disposable incomes that make it possible for them to lead luxurious lives. They can now buy the latest gadgets, travel to the most exotic places on earth and own luxury apartments and cars. Their children now get world class education and healthcare. None of these would have been possible if the economy wasn’t growing. Needless to say, for people in the developing world growth in the economy is a positive development.

The facts given above should explain why researchers feel that people in the developing countries are happier with the growth in global economy than the people in the developed world. These viewpoints are not expected to change much into the foreseeable future unless some steps are taken. 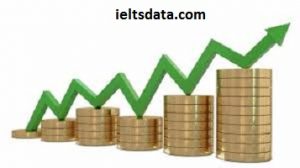