Fossil fuel, such as coal, oil, and natural gas, is extensively used in many countries that cause harm to the environment. The use of alternative sources of energy, including wind and solar power, however, is being encouraged in many countries. Is this a positive or negative development?

Give reasons for your answer and include any relevant examples from your own experience or knowledge.

The 21st century witnessed a significant change in the usage of fossil fuels. Several Countries currently are recommending using renewable sources of energy instead of non-renewable resources such as coal, oil because they do cause relative harm to the environment. I strongly adhere to the point that this transformation is a conclusive trend and my supporting reasons are being elucidated below.

The prime requisite of an energy source is that the disadvantages should overcome the advantages. However, fossil fuels follow the reverse rule. To explain in detail, to obtain the final product of petrol from crude oil is a meticulous process and often involves risk involvement. Secondly, these natural gases emit poisonous gas when used extensively. On the contrary, sustainable energies such as solar, wind do facilitate the workers during operations. Simultaneously, are proven to be eco-friendly.

Globally the extinction of fossil fuels in certain terrains has also been an alarming issue presently. Although solar power plants are highly cost-effective and need heavy armamentarium, we should consider the number of benefits it imparts. For instance, Citizens can be exposed to cheaper levels of energy consumption. Hydropower is effective in producing electricity in humongous amounts. Subsequently, can be utilized in rural areas efficiently.

Even though minimum negative effects can be noticed while using natural energy resources, the tremendous gains have to be considered in the limelight. For example, the disposal of nuclear waste is a major threat to the atmosphere, solar power plants need vast acres of land. Mishaps in hydroelectricity power projects may lead to severe destruction of dams. But, nuclear energy is proven to an effective tool in the medical field, water is the most abundant source on earth and the sun is the prime source of energy for solar power. Hence, governing bodies across the globe should encourage people to use conservative resources.

The modernized era has opened the barriers to a future generation where consumption of fossil fuels is limited and is slowly taken over by technical improvisations. Consequently, prodding people to consume the alternative energy resources will be beneficial for the upcoming generations.

This is the End of Writing Task 2 ( Fossil fuel, such as coal, oil, and natural gas, which is extensively used in many countries that cause harm to the environment.) 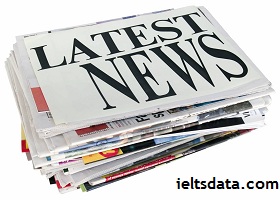 Nowadays, people get information through news and papers, but meanwhile … 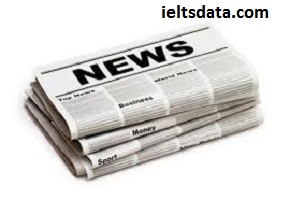