Hydroelectric Power
Hydroelectric power is America’s leading renewable energy resource. Of all the
renewable power sources, it’s the most reliable, efficient, and economical. Water is needed to
run a hydroelectric generating unit. It’s held in a reservoir or lake behind a dam, and the force of
the water being released from the reservoir through the dam spins the blades of a turbine. The
turbine is connected to the generator that produces electricity. After passing through the turbine,
the water re-enters the river on the downstream side of the dam.
Hydroelectric plants convert the kinetic energy within falling water into electricity. The
energy in moving water is produced in the sun, and consequently is continually being renewed.
The energy in sunlight evaporates water from the seas and deposits it on land as rain. Land
elevation differences result in rainfall runoff, and permit some of the original solar energy to be
harnessed as hydroelectric power. Hydroelectric power is at present the earth’s chief renewable
electricity source, generating 6% of global energy and about 15% of worldwide electricity.
Hydroelectric power in Canada is plentiful and provides 60% of their electrical requirements.
Usually regarded as an inexpensive and clean source of electricity, most big hydroelectric
projects being planned today are facing a great deal of hostility from environmental groups and
local people.
The earliest recorded use of water power was a clock, constructed around 250 BC. Since
then, people have used falling water to supply power for grain and saw mills, as well as a host
of other uses. The earliest use of flowing water to generate electricity was a waterwheel on the
Fox River in Wisconsin in 1882.
The first hydroelectric power plants were much more dependable and efficient than the
plants of the day that were fired by fossil fuels. This led to a rise in number of small to medium
sized hydroelectric generating plants located wherever there was an adequate supply of falling
water and a need for electricity. As demand for electricity soared in the middle years of the 20th
century, and the effectiveness of coal and oil power plants improved, small hydro plants became
less popular. The majority of new hydroelectric developments were focused on giant mega-
projects.
Hydroelectric plants harness energy by passing flowing water through a turbine. The
water turbine rotation is delivered to a generator, which generates electricity. The quantity
of electricity that can be produced at a hydroelectric plant relies upon two variables. These
variables are (1) the vertical distance that the water falls, called the “head”, and (2) the flow rate,
calculated as volume over time. The amount of electricity that is produced is thus proportional to
the head product and the flow rate.
So, hydroelectric power stations can normally be separated into two kinds. The most
widespread are “high head” plants and usually employ a dam to stock up water at an increased
height. They also store water at times of rain and discharge it during dry times. This results in
reliable and consistent electricity generation, capable of meeting demand since flow can be
rapidly altered. At times of excess electrical system capacity, usually available at night, these
plants can also pump water from one reservoir to another at a greater height. When there is

peak electrical demand, the higher reservoir releases water through the turbines to the lower
reservoir.
“Low head” hydroelectric plants usually exploit heads of just a few meters or less. These
types of power station use a weir or low dam to channel water, or no dam at all and merely use
the river flow. Unfortunately their electricity production capacity fluctuates with seasonal water
flow in a river.
Until only recently people believed almost universally that hydroelectric power was an
environmentally safe and clean means of generating electricity. Hydroelectric stations do not
release any of the usual atmospheric pollutants emitted by power plants fuelled by fossil fuels
so they do not add to global warming or acid rain. Nevertheless, recent studies of the larger
reservoirs formed behind dams have implied that decomposing, flooded vegetation could give
off greenhouse gases equal to those from other electricity sources.
The clearest result of hydroelectric dams is the flooding of huge areas of land. The
reservoirs built can be exceptionally big and they have often flooded the lands of indigenous
peoples and destroyed their way of life. Numerous rare ecosystems are also endangered by
hydroelectric power plant development.
Damming rivers may also change the quantity and quality of water in the rivers below
the dams, as well as stopping fish migrating upstream to spawn. In addition, silt, usually taken
downstream to the lower parts of a river, is caught by a dam and so the river downstream loses
the silt that should fertilize the river’s flood plains during high water periods.
Theoretical global hydroelectric power is approximately four times larger than the
amount that has been taken advantage of today. Most of the residual hydro potential left in the
world can be found in African and Asian developing countries. Exploiting this resource would
involve an investment of billions of dollars, since hydroelectric plants normally have very high
building costs. Low head hydro capacity facilities on small scales will probably increase in the
future as low head turbine research, and the standardization of turbine production, reduce the
costs of low head hydro-electric power production. New systems of control and improvements
in turbines could lead in the future to more electricity created from present facilities. In addition,
in the 1950’s and 60’s when oil and coal prices were very low, lots of smaller hydroelectric
plants were closed down. Future increases in the prices of fuel could lead to these places being
renovated.

28 Canada uses the most hydroelectric power in the world today.

29 An early use of hydroelectric power was in the timber industry.

31 People have been drowned by the flooding of their traditional territory when reservoirs
are created.

32 Nowadays, agriculture below hydroelectric dams is not affected by the change in water
flow.

Questions 37 – 40
Using NO MORE THAN THREE WORDS from Reading Passage 3, answer the
following questions.
Write your answers in boxes 37 – 40 on your answer sheet.

37 What proportion of the world’s electricity supply is provided by hydroelectric power?
38 How is the flow rate of a hydroelectic power station quantified?
39 When do high head power plants use surplus electricity to transfer water to a second
reservoir?
40 What underwater action can lead to the production of pollution similar to that produced by
fossil fuel power stations? 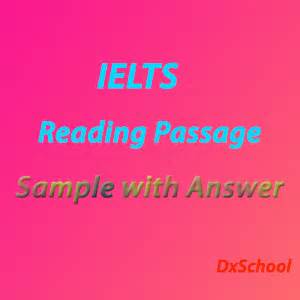