Question 1-9
Reading Passage 61 has nine paragraphs A–I.
Choose the correct heading for each paragraph from the list of headings below.

The coral reefs of  Agatti Island

A.    Agatti is one of the Lakshadweep Islands off the southwest coast of India. These islands are surrounded by lagoons and coral reefs which are in turn surrounded by the open ocean. Coral reefs, which are formed from the skeletons of minute sea creatures, give shelter to a variety of plants and animals, and therefore have the potential to provide a stream of diverse benefits to the inhabitants of Agatti Island.

B.    In the first place, the reefs provide food and other products for consumption by the islanders themselves. Foods include different types of fish, octopus and molluscs, and in the case of poorer families these constitute as much as 90% of the protein they consume. Reef resources are also used for medicinal purposes. For example, the money cowrie, a shell known locally as Vallakavadi, is commonly made into a paste and used as a home remedy to treat cysts in the eye.

D.    Bartering of reef resources also commonly takes place, both between islanders and between islands. For example, Agatti Island is known for its abundance of octopus, and this is often used to obtain products from nearby Androth Island. Locally, reef products may be given by islanders in return for favours, such as help in constructing a house or net mending, or for other products such as rice, coconuts or fish.

E.    The investment required to exploit the reefs is minimal. It involves simple, locally available tools and equipment, some of which can be used without a boat, such as the fishing practice known as Kat moodsal. This is carried out in the shallow eastern lagoon of Agatti by children and adults, close to shore at low tide, throughout the year. A small cast net, a leaf bag, and plastic slippers are all that are required, and the activity can yield 10–12 small fish (approximately 1 kg) for household consumption. Cast nets are not expensive, and all the households in Agatti own at least one. Even the boats, which operate in the lagoon and near-shore reef, are constructed locally and have low running costs. They are either small, non-mechanised, traditional wooden rowing boats, known as Thonis, or rafts, known as Tharappam.

F.     During more than 400 years of occupation and survival, the Agatti islanders have developed an intimate knowledge of the reefs. They have knowledge of numerous different types of fish and where they can be found according to the tide or lunar cycle. They have also developed a local naming system or folk taxonomy, naming fish according to their shape. Sometimes the same species is given different names depending on its size and age. For example, a full grown Emperor fish is called Metti and a juvenile is called Killokam. The abundance of each species at different fishing grounds is also well known. Along with this knowledge of reef resources, the islanders have developed a wide range of skills and techniques for exploiting them. A multitude of different fishing techniques are still used by the islanders, each targeting different areas of the reef and particular species.

G.     The reef plays an important role in the social lives of the islanders too, being an integral part of traditions and rituals. Most of the island’s folklore revolves around the reef and sea. There is hardly any tale or song which does not mention the traditional sailing crafts, known as Odams, the journeys of enterprising ‘heroes’, the adventures of sea fishing and encounters with sea creatures. Songs that women sing recollect women looking for returning Odams, and requesting the waves to be gentler and the breeze just right for the sails. There are stories of the benevolent sea ghost baluvam, whose coming to shore is considered a harbinger of prosperity for that year, bringing more coconuts, more fish and general well-being.

H.   The reef is regarded by the islanders as common property, and all the islanders are entitled to use the lagoon and reef resources. In the past, fishing groups would obtain permission from the Amin (island head person) and go fishing in the grounds allotted by him. On their return, the Amin would be given a share of the catch, normally one of the best or biggest fish. This practice no longer exists, but there is still a code of conduct or etiquette for exploiting the reef, and common respect for this is an effective way of avoiding conflict or disputes.

I.      Exploitation of such vast and diverse resources as the reefs and lagoon surrounding the island has encouraged collaborative efforts, mainly for purposes of safety, but also as a necessity in the operation of many fishing techniques. For example, an indigenous gear and operation known as Bala fadal involves 25–30 men. Reef gleaning for cowrie collection by groups of 6–10 women is also a common activity, and even today, although its economic significance is marginal, it continues as a recreational activity. 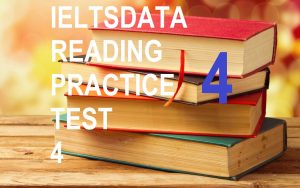