Want to walk on the ceiling?
All it takes is a bit of fancy footwork

A     If Keilar Autumn, an expert in Biomechanik at Clark College in Portland, Oregon, has his way, the first footprints on Mars won’t be human. They’ll belong to a gecko. Gecko toes have legendary sticking power – and the Clark College scientist would like to see the next generation of Martian robots walking about on gecko-style feet. A gecko can whiz up the smoothest wall and hang from the ceiling by one foot, with no fear of falling.

B     Autumn is one of a long line of researchers who have puzzled over the gecko’s gravity-defying footwork. Earlier this year, he and his colleagues discovered that the gecko’s toes don’t just stick, they bond to the surface beneath them. Engineers are already trying to copy the gecko’s technique – but reptilian feet are not the only ones they are interested in.

C     Some of the most persistent ‘hanging’ creatures are insects. They can defy not just gravity, but gusts of wind, raindrops and a predator’s attempt to prize them loose. Recent discoveries about how they achieve this could lead to the development of quick-release adhesives and miniature grippers, ideal for manipulating microscopic components or holding tiny bits of tissue together during surgery. ‘There are lots of ways to make two surfaces stick together, but there are very few which provide precise and reversible attachment,’ says Stas Gorb, a biologist in Tübingen, Germany, working on the problem.

D     Geckos and insects have both perfected ways of doing this, and engineers and scientists would dearly love to know how. Friction certainly plays a part in assisting horizontal movement, but when the animal is running up a slope, climbing vertically or travelling upside down, it needs a more powerful adhesive. Just what that adhesive is has been hotly debated for years. Some people suggested that insects had micro-suckers. Some reckoned they relied on electrostatic forces. Others thought that intermolecular forces between pad and leaf might provide a firm foothold.

E     Most of the evidence suggests that insects rely on ‘wet adhesion’, hanging on with the help of a thin film of fluid on the bottom of the pad. Insects often leave tiny trails of oily footprints. Some clearly secrete a fluid onto the ‘soles’ of their feet. And they tend to lose their footing when they have their feet cleaned or dried.

F     This year, Walter Federle, an entomologist at the University of Würzburg, showed experimentally that an insect’s sticking power depends on a thin film of liquid under its feet. He placed an ant on a polished turntable inside the rotor of a centrifuge, and switched it on. At slow speeds, the ant carried on walking unperturbed. But as the scientist slowly increased the speed, the pulling forces grew stronger and the ant stopped dead, legs spread out and all six feet planted firmly on the ground. At higher speeds still, the ant’s feet began to slide. ‘This can only be explained by the presence of a liquid,’ says Federle. ‘If the ant relied on some form of dry adhesion, its feet would pop abruptly off the surface once the pull got too strong.’

G     But the liquid isn’t the whole story. What engineers really find exciting about insect feet is the way they make almost perfect contact with the surface beneath. ‘Sticking to a perfectly smooth surface is no big deal,’ says Gorb. But in nature, even the smoothest-looking surfaces have microscopic lumps and bumps. For a footpad to make good contact, it must follow the contours of the landscape beneath it. Flies, beetles and earwigs have solved the problem with hairy footpads, with hairs that bend like the bristles of a toothbrush to accommodate the troughs below.

H     Gorb has tested dozens of species with this sort of pad to see which had the best stick. Flies resist a pull of three or four times their body weight – perfectly adequate for crossing the ceiling. But beetles can do better and the champion is a small, blue beetle with oversized yellow feet, found in the south-eastern parts of the US.

I     Tom Eisner, a chemical ecologist at Cornell University in New York, has been fascinated by this beetle for years. Almost 30 years ago, he suggested that the beetle clung an tight to avoid being picked off by predators – ants in particular. When Eisher measured the beetle’s sticking power earlier this year, he found that it can withstand pulling forces of around 80 times its own weight for about two minutes and an astonishing 200 times its own weight for shorter periods. ‘The ants give up because the beetle holds on longer than they can be bothered to attack it,’ he says.

J     Whatever liquid insects rely on, the gecko seems able to manage without it. No one knows quite why the gecko needs so much sticking power. ‘It seems overbuilt for the job,’ says Autumn. But whatever the gecko’s needs are, its skills are in demand by humans. Autumn and his colleagues in Oregon have already helped to create a robot that walks like a gecko. Mecho-Gecko, a robot built by iRobot of Massachusetts, walks like a lizard – rolling its toes down and peeling them up again. At the moment, though, it has to make do with balls of glue to give it stick. The next step is to try to reproduce the hairs on a gecko’s toes and create a robot with the full set of gecko skills. Then we could build robots with feet that stick without glue, clean themselves and work just as well underwater as in the vacuum of space, or crawling over the dusty landscape of Mars.

You should spend about 20 minutes on questions 1-13 which are based on Reading Passage 2.
Look at the following statements (Questions 1-5) and the list of scientists below.

1 Some insects use their ability to stick to surfaces as a way of defending themselves.
2 What makes sticky insect feet special is the fact that they can also detach themselves easily from a surface.
3 Gecko feet seem to be stickier than they need to be.
4 A robot with gecko-style feet would be ideal for exploring other planets.
5 Evidence shows that in order to stick, insect feet have to be wet.

Write the correct letter A-J in boxes 19-22 on your answer sheet.
6 some of the practical things a gecko-style adhesive could be used for
7 a description of a test involving an insect in motion
8 three different theories scientists have had about how insect feet stick
9 examples of remarkable gecko movements

Questions 10-13
Complete each sentence with the correct ending A-G below.
Write the correct Ietter A-G in boxes 23-26 on your answer sheet.

10 Insect feet lose their sticking power when they
11 If you put ants on a rapidly rotating object, their feet
12 Beetles can stick to uneven surfaces because they
13 The toes on robots like Mecho-Gecko 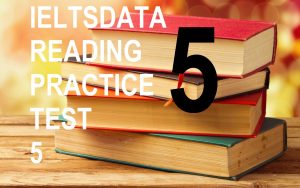 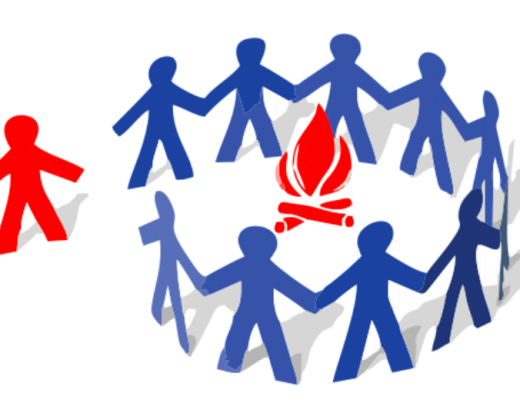 # IELTSDATA READING PASSAGE 60-The Need to Belong. No one … 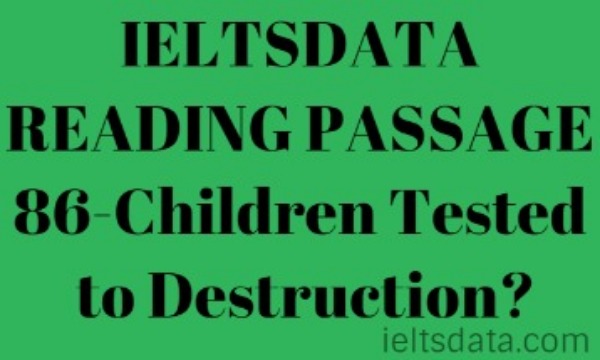