Many different countries have most shops and products as the same. Some consider it a positive development, whereas others consider it negative. Discuss both sides and give your opinion.

On the positive side, people have more choices, as now everything is available everywhere. Earlier, only locally made products were available, but now people are able to enjoy things from all over the world. For instance, earlier there were only two popular brands of shoes available in India, which were Bata and Carona, but today we have Reebok, Nike, Adidas, Puma and so many more. Similar examples can be cited for infinite number of other products. Therefore, in this regard, having similar shops and products is a positive thing.

Secondly, people are becoming aware of other cultures and lifestyles through these products. They are becoming tolerant of each other. They have the choice of picking and adopting the best points of each culture, and as a consequence a global culture is emerging. The youth of today are adopting this culture and are wearing globally similar clothes, eating similar food, using similar cosmetics, having similar furniture in their homes and they are living similar lifestyles.

Another benefit of this similar situation is that relations between countries are improving. When countries import or export their products, they develop bonds with each other, which is good for both. For instance, India exports tea and iron ore to other countries, and imports automobiles, refrigerators and televisions etcetera. It is but obvious that countries, which are linked by trade, cannot afford to go against each other.

On the other hand, these similarities are diluting the national identities. Our diversity is disappearing. It is well known that diversity adds spice to life. Unfortunately, malls in any country have the same showrooms of the same brands that there is no charm of going anywhere for buying something unique. Another big demerit of all products being available everywhere is that the local businessman cannot compete with the international giants and is therefore going into oblivion. However, despite these disadvantages, I still believe that the advantages are much more.

To sum up, similarity in shops and products has its dark and light side, but the pros definitely edge over the cons. 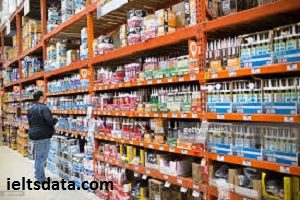 5 thoughts on “Many different countries have most shops and products as the same. Some consider it a positive development, whereas others consider it negative. Discuss both sides and give your opinion.”