Home
Writing Task 2
It is now possible for scientists and tourists to travel to remote natural environments such as the South Pole. Do you think the advantages outweigh the disadvantages?

It is now possible for scientists and tourists to travel to remote natural environments such as the South Pole. Do you think the advantages outweigh the disadvantages?

Remote tourism, or the name given to visiting undiscovered habitats, is becoming very Remote tourism, or the name given to visiting undiscovered habitats, is becoming very fascinating for both scientists and tourists. While the exploration of such areas has its positives, I believe the associated drawbacks are far more severe. One the one hand, the idea of more people travelling to remote locations is perceived favorably for a number of reasons. First, some people regard such remote voyages to pristine areas as exquisite adventures. On top of that, new jobs can be created and economic benefits can be derived. Furthermore, geologists may now tap these previously inaccessible sites as resources of fossil fuels. For example, in Pennsylvania’s Endless Mountains, oil has been found and is now being drilled out. This is increasingly significant to human kind, as the majority of the current fossil fuel sources have been overexploited and there can be a global energy scarcity in the near future. On the other hand, substantial disadvantages can be there because the burgeoning of tourism and geological research may heavily disturb the flora and fauna of the remotely located places. This is due to the callous attitude of the tourists and the authorities both. It is highly unlikely that tourists bring waste back to the departure point. Secondly, the journey to these inaccessible places is also perilous and tourists may suffer from any medical emergencies.

Furthermore, the work of geologists involves the analysis of ice-shelves hundreds of meters thick, and the drilling for and the hauling of oil and gas afterwards. These activities may also consequently have a disastrous effect on the natural habitats. As a result, what used to be a pristine land can eventually be polluted. In conclusion, travelling to secluded places can definitely be advantageous for not only researchers but also normal travellers. Nevertheless, in my opinion, the drawbacks to the ecosystem are of greater concern. 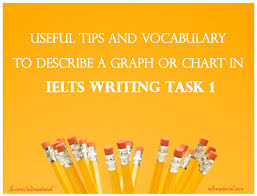 The popularity of news media often has significant influence on …