The major reason for state funding for students of performing arts is that this education contributes to making a well-rounded student. Arts education has been proven to help students increase cognitive development, inspire motivation and discipline, develop confidence and inventiveness, and hone communication and problem-solving skills. So, children do well in other subjects also. For example, in a study it was seen that students who study the arts continued to outperform non-arts students on the Scholastic Aptitude Test (SAT).

Another big advantage is that it encourages the pursuit of extra-curricular activities. Children get a chance to show their creative expression. When such hidden abilities are exposed in school time, then those with exceptional talent can be encouraged to adopt it as a profession later-on in life. Secondly, these subjects are excellent stress-busters. Performing arts break the monotony of tough academic studies. Last but not least, such performing arts help to keep our culture and tradition alive. For the reasons given above, it is believed that government funding on such subjects is justified.

On the other hand, those who are opposed to state funding contend that since it is mostly students themselves who benefit from art education, they should seek aid from other sources such as corporate funding and their own parents. For instance, like any other professionals musicians, dancers and actors also earn large sums of money from stage shows and other public performances. They also believe that since enormous amounts of money is required to fund art education, it would become an unnecessary liability for government, as it has more important priorities to deal with.

To sum up, funding of performing arts courses, should be done by government, as these courses keep our culture and tradition alive, complement academic study, bring out hidden talent and break the ennui of tough academic studies. 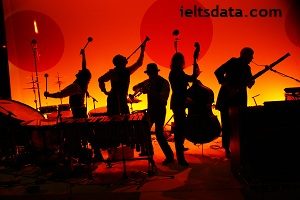