Some people think that government should subsidize fruits and vegetables to make healthy food cheaper. Others argue that tax should be set on unhealthy food. Discuss both views and give your opinion.

The main argument in support of ‘Fat tax’, is that unhealthy food habits have led to an increase in health problems. The health of the general public is not only an individual’s responsibility, but also the responsibility of the government. Moreover, the revenue earned can be utilized towards providing better health care, medical research and other such issues, which will in the development of the nation.

On the other hand, some people opine that a major reason for a higher consumption of fast food is that healthier food options are not affordable by everyone. For instance, a glass of sweetened soda is cheaper than a glass of milk. Therefore, instead of making the fast food more expensive, subsidies should be provided for producers of healthy foods, like vegetables, fruits, milk, etc. By doing so, people will have a choice to make between healthy and fast food, with both being priced equally. They also say that implementing the ‘Fat Tax’ is not an effective method, as it penalizes everyone, both the rich and poor, thus further increasing the gaps in society. This will affect the poor more and take away the simple pleasures that everyone enjoys.

I believe that taking care of one’s health is an individual’s responsibility and also is a right to freedom of choice. The causes of health problems like obesity, cardiovascular diseases, etc. are not limited to an unhealthy diet. Lack of exercise is also a major cause of an increase in obesity. These are all personal choices that people need to make and measures should be taken to make people aware of the consequences of the choices they make. It would not be wise to implement a fat-tax, as it will not be practical for the government to decide which food product should be taxed and which should be exempted. Also, it has been found through a research, that taste is the number one factor, when deciding what to eat. So increasing the tax on fast food will not make a considerable difference to the consumption of unhealthy foods.

To conclude, implementing the fat-tax is not an effective solution to the health problems. Subsidizing healthier food options should be done, so that those who want to refrain from eating unhealthy foods should have healthier options within the reach of their pocket. 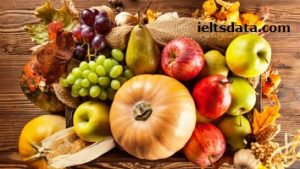