Some people believe that jobs provide both income and for a social life, while others think that friends should be made outside of work.

Discuss both views and give your opinion.

In this contemporary world, it is undoubtedly true that social life and financial status one gets only due if one has a job. Some people concur that there should not be any friendship kind of relation in workplaces. However, I quibble with them and propound that most of the time in a day is spent on a job, so it is not wrong to maintain friendly behavior while working.

Adequate pieces of evidence are obtainable to substantiate the concept of moving both personal and professional life simultaneously. The top-notch concrete reason is that work will be done on time. As many hands are involved as soon, the load gets reduced. Another rationale that hauls me to the patron is one’s colleagues will defend him from unwelcomed dangers. While working, some situations arise where we are unknown to tackle them. So an experienced senior job mate can protect like a shield. The rearmost coherent factor to be considered, which cannot be neglected, will be a serene ambiance in the office. To uphold my notion, I would quote an instance that if there will not be any dispute, it will automatically raise the profits of a company. Planning, plotting, and backstabbing divert employees from work, and it becomes a hindrance in achieving the company’s goals.

What is half full for some may appear half empty to others. In general, the public tends to distinguish that an employee’s personal and professional life should be separated, which has various reasons. To commence with, some people deem that workers will not concentrate on their work. As they may involve themselves in some gossips, and jobs might get neglected. Withal they also upload that competition among employees will vanish. To illustrate this, it is often seen, or it is a trend that employees always to be in top position or good books of boss try to give good quality. So friends at work will not compete, and it may affect the sale of a company.

I reiterate that innumerable decisive factors support that colleagues with friends’ traits will help one work smoothly in recapitulation. However, its contrary can be overlooked and controlled.

Some consider that both salary and a social life can be offered by a job, while few believe that friendships must be made away from the office. This essay agrees with the former belief and would discuss both the views in detail.

On the one hand, office friendships are unique and special in their way. It is the fact that a friend is a person who provides a helping hand when we are in difficulty, and also, a friend is a person who is a good company for leisure time. All these expectations are nowadays being fulfilled by an office colleague too. Since we spend most of our day at the office, we tend to make friendships. These friendships prove to be a boon during a crisis at work when you need a helping hand with work issues or even when you would like to have a coffee break to relax. For example, in a survey conducted by the time group, it was found that 60% of the total sample population preferred to hang out with their work colleagues more than any other friends.

However, many disagree with this concept and believe that friends should be selected outside the workplace. The primary reason for this is that people do not want to mix their professional and social lives and demarcate them as separate. Most such people would not want to have office talks post working hours, and hence they would rather spend time with their peers from away from the workplace. This was also proved by the report shared by university students of Mumbai University psychology, which said that working professionals preferred to share their issues with a close friend either from an academic institution or neighborhood areas.

So This is the End of the Writing task 2 ( Some people believe that jobs provide both income and for a social life, while others think that friends should be made outside of work. )

You read news about someone whom you know personally. you found some information is wrong 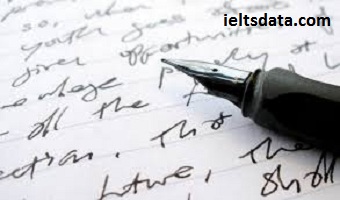 Some people say that in our modern age it is … 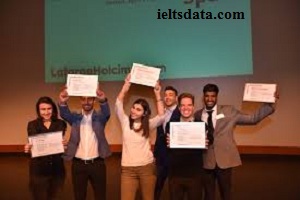