Where did you saw it?

When did you saw it?

What Impressions of this work of art you had?

india is a land of martyrs.before 1947 India was under the British rule for near about 300 years.so many persons from India, especially from Punjab, sacrifice their life for the freedom of the country.it is only because of the sacrifice of these persons that we enjoy the freedom.there are many freedom fighters from but today I would like to talk about the martyr Saheed Bhagat Singh whose name comes at the top among other martyrs.to pay homage to his supreme sacrifice many statues of Bhagat Singh have been built in his memory.

“We don’t have any faith in statue-worship but as a symbol, the importance of a statue cannot be underestimated. We adore our homes with the pictures or statues of our heroes, mentors or beloved ones and these pictures or statues inspire and enthuse us.it was the time when I went to Delhi by train and I saw the statue of Shaheed Bhagat Singh near the Kurukshetra railway station.Shaheed Bhagat Singh Disha Trust unveiled the big bronze statue of Shaheed Bhagat Singh, on 28th of September 2015, just 100 meters away from Kurukshetra railway station.

This 50 feet high bust of Shaheed Bhagat Singh generates the spirit of ‘Inquilab’ within the hearts of the viewers. When the passengers travelling on the train have a glance of the bust the slogan ‘Inquilab Zindabad’ comes out spontaneously from their mouths. The youth take their photos with the statue of Bhagat Singh and take information about the ideas of Bhagat Singh. This statue inspires the struggling toiling people to intensify their struggle.I really inspired by this statue from the depth of my heart.

Q-1: tell the names of some other martyrs of Punjab?

Ans: the others martyrs of Punjab who have sacrificed their lives for the freedom of their country are Kartar Singh Saraba, Rajguru, Sukhdev, Chander Shekhar Azad, Lala Lajpat Rai, shaheed UdhamSingh.

Q-2: on which place in Punjab shaheed Bhagat Singh was cremated with his two partners Rajguru and Sukhdev?

Ans: Shaheed Bhagat Singh was cremated with his two partners Rajguru and Sukhdev in Hussainiwala village in Ferozepur district in Punjab state, India. It lies near the bank of the Sutlej river. The village is on the border with Pakistan, opposite the Pakistani village of Ganda Singh Wala.

Q-3: where is the national martyrs memorial situated in Punjab?

Ans: Hussainniwala is the site of the national martyrs memorial, which marks the location where Bhagat Singh, Sukhdev and Rajguru were cremated on 23 March 1931. It is also the cremation place of Batukeshwar Dutt, who was also involved in bombing the central legislative assembly with Singh, as well as that of Singh’s mother, Vidyawati.An annual fair takes place at the memorial on 23 March, which is the anniversary of Singh’s death. The day is also observed across the state of Punjab.

Some people think that the government should provide assistance to all kinds of artists including painters, musicians and poets, etc. However, other people think that it is a waste of money. Discuss both views and give your opinion.

Nowadays, many families have both parents working. Some working parents believe, other family members like grandparents can take care of their children, while others think childcare centres provide the best care. Discuss both views and give your own opinion. 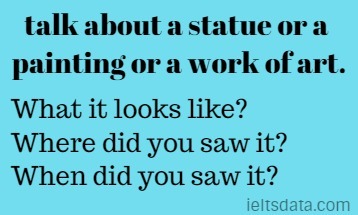