A competition you would like to take part in.

when would the competition take place?

what would you do?

explain how you felt about participating in the competition?

in this modern era, there is competition in every part of life.if one wants to achieve the success he has to go through several competitions in the society. competitions could be related to study, jobs, music, sports, entertainment etc.i fond of folk dance of Punjab.so I started participating in competitions since my school days. I won many prizes in folk dance in my school days. now I am doing my graduation from dm college moga. our class in charge told us that a university zonal youth festival is going to be held in our college within next two months.

I am feeling very excited to participate in the competition. I want to win the first prize in folk dance.that’s why all the team members work very hard and I hope with God’s grace we would definitely win the competition.

Nowadays, many families have both parents working. Some working parents believe, other family members like grandparents can take care of their children, while others think childcare centers provide the best care. Discuss both views and give your own opinion.

Many people are afraid to leave their home because of crime. Some believe that more action should be taken to prevent crime. While others feel that little action can be done to stop crime. What is your view? 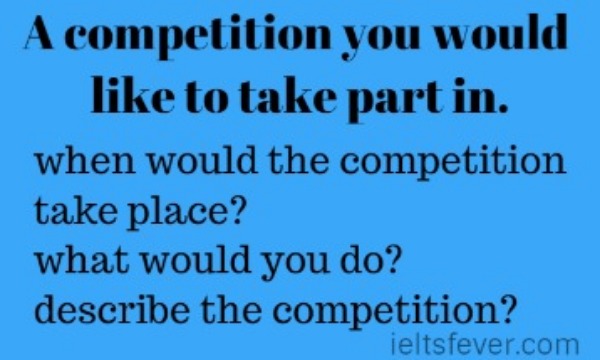