Nowadays, many families have both parents working. Some working parents believe, other family members like grandparents can take care of their children, while others think childcare centers provide the best care. Discuss both views and give your own opinion.

To begin with, most parents choose to leave their children with grandparents for ‘positive’ reasons, such as the ‘caring environment’ rather than simply because they can’t afford formal childcare. Looking after the grandchildren also keeps the grandparents energetic and vibrant. Grandparents bathe, feed and even read books to the child. This leads to a sort of symbiotic relation in which both grandparents and grandchildren are benefited. In other words we can say that it is a win-win situation for both. Grandparents don’t suffer from loneliness and depression, which is very common at that age and children are also well looked after.

Day-care centres, on the other hand, have an edge over care given by grandparents in many ways. A study found that grandparents may struggle to provide the educational and social experiences infants need. Children looked after by grandparents at the age of nine months were considered to be less sociable with other children at age three than those who had been in a child-care centre.

Moreover, grandparents can make terrible child-care providers if they’re in poor health and feel forced to provide childcare to their grandchildren because their children seem to have few other options. In such cases, the results can be nothing short of disastrous. Early childcare is a challenge, which may be simply too much for some grandparents to cope with, at this point in their lives.

To sum up, although grand parental care is good in many ways for grandchildren, the advantages of day-care centers are more than those brought about by grandparents. 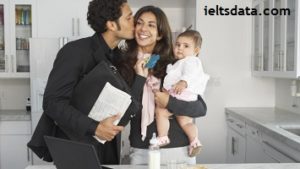 6 thoughts on “Nowadays, many families have both parents working. Some working parents believe, other family members like grandparents can take care of their children, while others think childcare centers provide the best care. Discuss both views and give your own opinion.”