As transport and accommodation problems are increasing in many cities, some governments are encouraging businesses to move to rural areas. Do you think the advantages outweigh disadvantages?

It is reasonable to think that moving thousands of employees from large companies out to remote areas would have a positive impact on the overcrowding of some cities. There would be less traffic because of less people in the city centre, and this would obviously be highly desirable. In addition, there would be less strain on the services offered by the city – banks, public transportation, restaurants and the like. This would mean a reduction in queues and faster customer service. To add to it, housing would also become affordable. It is generally seen that because of too many people wanting to live in the city, land prices and even rents of houses start touching the sky.

The problem however would be that a dramatic reduction in numbers of people in the cities would mean that many businesses would go broke. Restaurants, cafes and other service areas would suffer tremendously. What would happen is that overcrowding would occur where the new, large organisations relocate. More and more people offering services would spring up – restaurants, shopping centres and other businesses would be needed to serve the increasingly larger numbers of people who moved to the area. In addition, the rural area may not be able to provide the enormous quantities of housing, electricity and raw materials required to run a huge company.

Furthermore, relocating businesses to rural areas may upset many households. Children also may have to change schools. So it would not be practical to do so. Transport and accommodation problems in cities need to be sorted out by connecting the villages and cities by very efficient public transport, so that people come to work in the cities and live in rural areas. Newer businesses should be encouraged to open in the suburbs; the already existing ones should continue to be where they already are.

To sum up, relocating the companies would assist with the overcrowding problem in some cities. However, a new set of problems would surface, which would be far more than the benefits. Therefore, I reiterate my point that the idea of moving larger corporations out to rural areas would not be beneficial. 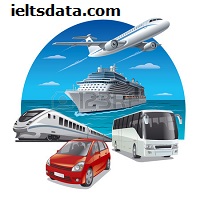 1 thought on “As transport and accommodation problems are increasing in many cities, some governments are encouraging businesses to move to rural areas. Do you think the advantages outweigh disadvantages?”