Students should pay their full university fees themselves as they benefit from having university studies and not the society as a whole. To what extent do you agree or disagree?

There is no doubt that the whole society benefits if majority of people receive higher education. In all developing countries there has been a strong effort to raise the educational level of the society by putting as much money as possible into providing educational institutions. Without enough educated professionals, such as doctors, teachers, scientists and engineers, developing countries cannot move ahead. Governments in such countries provide scholarships or free education, to as many students as they can fund, because they realize that the whole country will benefit. Many developed countries also try to offer free tertiary education because they want a highly educated population.

However, there is also a strong argument that individuals benefit so much from tertiary education that they should be expected to pay for it. Doctors, lawyers, accountants and engineers have some of the highest incomes in most societies. People argue that the government, and therefore the taxpayers should not have to pay for students who will later earn more than anyone else.

To sum up, as the modern world is becoming increasingly complex and knowledge is becoming more and more specialised there is no doubt that tertiary education is necessary both for the whole society and for individuals who want to ensure that they have a good profession. It is probably impossible to decide whether the individual or the society benefits more from tertiary education, but since both benefit, the costs should probably be paid for by both equally. 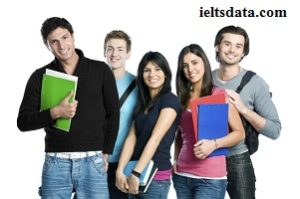