As housing is a basic need for people, governments should provide free housing for everyone who can’t afford it. To what extent do you agree or disagree?

First of all, if government started providing homes to all the people, it would imbalance the economy. The government has so much on its shoulders. Providing basic education and healthcare and maintaining other infrastructure of the country, is also the onus of the government. Moreover, the taxpayers would not be happy about it as their money, which they pay as taxes, would be helping some people who may be unemployed just to get government benefits. If people knew they would get free housing, they would stop working hard and become complacent. Such a policy would not be good for the economy of any country.

The government should provide free housing only if homelessness is because of its inefficiency. It is a well-known fact that the economy of any country depends on internal and external factors. A government can be held responsible for the internal conflicts that might be causing homelessness. However, no government in the world can effectively control external affairs. For example, a lot of people lost jobs due to the economic crisis in 2008. Consequently, they became homeless. In fact, the US recession caused job loss in countries like India and China. It affected India’s booming outsourcing industry. And because it was an external factor, the government in India couldn’t be held responsible for this situation. So, it is not possible for any government to provide free housing to one and all.

Undoubtedly, it is the responsibility of the governments to improve the living standards of the poorer sections of the society. In India, for example, the government has launched several schemes to provide housing and employment to people. Although the country still faces these problems, the situation has considerably improved in recent years. This is a clear indication that political willpower and proper governance can improve the economic status of a country and its people. 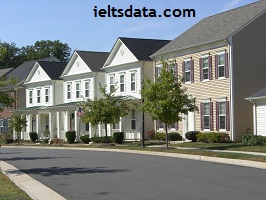