Some countries pay extremely high salaries for people. Some people believe that the country must not do that and make a limit for the salaries. Do you agree or disagree?

To begin with, I believe that those who are the top have achieved that place with their effort and so they deserve what they are getting. Wealth is not the culprit. There should be no negative associations with the word wealth in the context of people having it. The current President of United Stated, Barack Obama is a typical example of a person who has achieved his dream. He succeeded in transcending his social class, his race etc. and became the president of United States. Thus capitalism provides everyone with a fair chance to reach great achievements in their life if they seize the opportunities.

Secondly, it is the people who decide the high salaries of a select few. For example, let us presume that many people want to see high quality cricket. So, a person like Mahendra Singh Dhoni, who has a talent for cricket and has honed his cricket skills, would be much in demand. People would be ready to pay for the service he offers (excellent cricket) and consequently his high wage will be justified. On the other hand a mediocre cricket player would not be paid at all since there is no demand to see mediocre cricket.

Finally, this discrepancy in salaries ultimately benefits the whole society. The strongest motivational force, a human being can feel towards work, is a potential reward for their efforts. Therefore, those who work hard and contribute most to society should justly also gain the most in form of increased wealth. If those who work will benefit equally as the ones who do not, there will be no reason to work and the overall productivity will be lowered, which is bad for society. Incentives are therefore necessary since it increases the overall standard for the whole society in form of material wealth. Even the worst off may benefit more than they would have, if the productivity had been low e.g. through charities etc.

To sum up, I reiterate my opinion by saying that the extremely high salaries are justified and there should not be a limit on it. A system which, values individuality, rewards ability and risk-taking, ultimately prospers. Poverty and social dysfunction cannot be fixed by taking from the haves to give to the have-nots. To improve the situation, the poor must be motivated to work hard and do something. 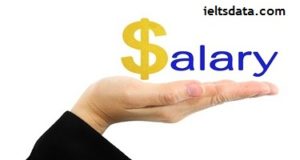 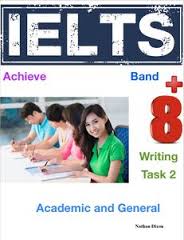