Figures show that some countries have an ever-increasing proportion of the population who are aged 15 or younger. What do you think are the current and future effects of this trend for those countries?

The most important current impact of such a trend would be on the national economy. For instance, goods and services would need to be imported, which would lead to an unstable economy. In addition to the effects on economy, there would be social implications also. The young population has lot of energy, which must be channelized in the right direction, or it would lead to crime and violence in society. The government will have to invest a lot on educational institutes, as more children need more schools and colleges. In addition more spending on health would also be needed.

If careful management of such a situation is done by the government, for instance, by providing good education and health facilities, then the future outcomes could be quite positive. The long-term result would be that the education and health infrastructure would be well developed. The society would be younger and more vibrant. The culture of those countries would be more fast-paced than the traditional culture.

However, in case the present time is not managed nicely, then the future effect would be different as there would be more people within the country needing employment. Then there might arise the problem of unemployment. Unemployment invariably leads to petty crime and violence.

Summing up, the long-term effects of having more young people, depends on how the situation is handled today. If handled well, the culture and lifestyle of these countries would be transformed if the population would be younger. Fresh opportunities and challenges would both be on the way. The trend would cause multiple possible effects and these countries should strengthen the education and health infrastructure to overcome its negative influence. 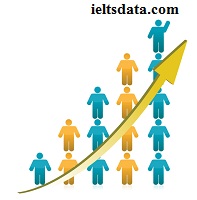