There are many reasons why some individuals opine that the youth should follow traditions. The prime reason is that the youth has been neglecting its own very rich culture and traditions in order to adapt to the western ideas. They have their mindset that what the west is doing is right and one should follow it without hesitation. For example, the youth of India does not perceive its identity as traditional Indians any more. They think that their centuries old traditions are outdated and prevent modern development. But they should know that  likes copy-cats. They should learn from a country like Japan, which is one of the leading economies of the world and also one of the most advanced countries in terms of modernization, but it still follows and respects its old traditions and cultures. Another reason of people’s opinion is that some traditions are very good and need to be preserved at all costs. For instance, touching the feet of the elderly as a token of respect and welcoming guests with folded hands.

On the other hand, it is easy to understand why some people are in favour of letting the youth have their own individuality. This is mainly because the youth of today is better informed than ever before in the history of mankind. They do not just accept things without reasoning. Today, the nations of the world are more closely linked than ever before. It would be wrong to impose traditions on them, which are obsolete in the modern era. For example, the dowry system, in which the bride’s parents gave her gold, money and household items, was acceptable earlier as women were not working, but today dowry system is being condemned because the youth of today realize that it has led to many vices such as female feticide.

What is more, today, we are living in a modern world calling for innovation and modernism, which pulls us toward a new vision of traditions; a vision which respects our traditional spirit but which concurrently supports newness and modernity, and promotes making the most of the global village of today. The youth of today are borrowing methods and taking aspirations from one country to the other. For example, the beautiful traditions of The West, such as celebration of Mother’s Day and Father’s Day are being celebrated in India today.

In conclusion, it can be said that the youth of today should be allowed all individuality. They are not part of a big planet called Earth; they belong to a small global village. Traditions should not define them; they should define traditions. It has been rightly said that ‘Traditions’ should be guides and not jailors. 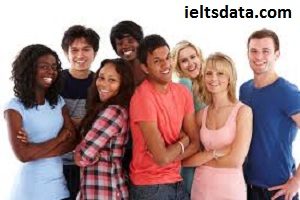