Some people say that the government should give priority to health care whereas others say they should spend on other important priorities. Discuss both views and give your opinion

On the one hand, prioritizing healthcare would lead to a healthier and happier society. It is quite obvious that the people would be less economically burdened if governments prioritize health care. It would make it more convenient and cost-effective for the public to see a doctor. For example, the financial support from governments is likely to make various medicines and treatments more affordable to people who are not so well-off. Compared with the situation where citizens have to bear the cost totally by themselves, the economical pressure will be much relieved.

However, governments’ investment should not be confined within the boundary of health care. Education, which concerns the long-term development of the whole nation, should also receive similar funds. Primary education should be free and mandatory. Higher education should be highly subsidized for students whose families are under the poverty line.

Apart from education, it is also advisable that taxpayers’ money should be distributed to public facilities, which will not only benefit every citizen’s daily life, but also attract more investment and create more job opportunities. Public transport should be improved so that more and more people like to opt for it. Condition of roads should be bettered. Facilities for the elderly cannot be ignored in the greying society of today.

To sum up, the allotment of governments’ funds should equally go to more sectors, which will exert more influence on public and the society as a whole, although the importance of health care can not be underestimated. 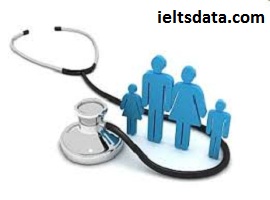 2 thoughts on “Some people say that the government should give priority to health care whereas others say they should spend on other important priorities. Discuss both views and give your opinion”