People have to spend more and more time to travel from their homes for jobs and study. What are the reasons? How can we solve this problem?

The most obvious reason is that roads are very congested, as the number of vehicles has increased to unprecedented levels in the past decade or so. Everyone seems to own a car nowadays and so the traffic during peak hours moves at a snails pace. What used to take 20 minutes earlier, takes about 50 minutes now. Second reason for this is the suburbanization of cities. People are moving to the suburbs in search of quieter, cheaper and more open houses, as a consequence of which travel time to work or study has gone up.

The solutions are not easy, but joint efforts by the government and the people can help to lessen the gravity of the situation. At the government level, steps could be taken to improve the public transport. This could be done by increasing the comfort and frequency of public transport and decreasing the fare. That way more people would be motivated to use the public transport. People should be motivated to do car-pooling by having HOV (High occupancy vehicle) lanes. Only those cars, which are fully occupied, are allowed to move on such lanes, because of which the traffic on these lanes moves faster. Such a system is being used very successfully in many parts of the USA.

At the individual level, people should voluntarily opt for public transport even if that involves being bound by the time of the bus or train. Wherever office and lecture timings are flexible, people can choose to work or attend lectures in those hours when commuting can be done at off-peak hours. Car-pooling should be done by conscious effort. For example, my friend works in an office, which is in a city, which is 20 km from her home. Other people in her neighbourhood also commute to the same city. She approached them for car-pooling, and now every day, one person takes his car. Instead of five cars on the road every day, now there is one and each one is doing some extra saving too.

To sum up, it is undeniable that commuting time has increased, but many steps can be taken to ameliorate the situation. 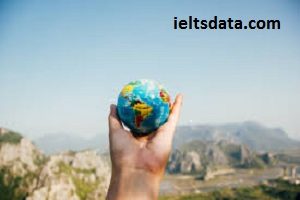 3 thoughts on “People have to spend more and more time to travel from their homes for jobs and study. What are the reasons? How can we solve this problem?”