Some people think music plays an important role in society. Others think it is simply a form of entertainment. Discuss both sides of this argument and give your own opinion.

There is no doubt that music is a good source of entertainment. Music helps to cheer everyone up. When people come home after a hectic days work and they need some entertainment, they play music and it calms them and they feel relaxed. Music is also played in parties and ceremonies to entertain everyone. Young people dance to the beat of music and release their pent up energy.

Music also links us to our culture and tradition. The folk songs sung by our great artists like Gurdas Mann are on everyone’s lips. His lyrics contain many things of our culture, which are alive today because of these folk songs. Otherwise, under the influence of western culture people are forgetting their roots. Moreover, music is a lucrative profession these days. Our famous singers and musicians like Lata Mangeshkar and A.R.Rehman have earned millions from music and are famous in the whole world because of their musical talent.

Another role that music plays is of connecting people. When people go to a musical concert, they are with those people who share their musical tastes. Together, they feel the emotions that the music evokes. Music has always been a part of ceremonies because it has the ability to make people feel connected. To add to it, music improves concentration. Students can concentrate better if light music is played in the background because it kills the other disturbing noises.

To sum up, music is not just for entertainment. It has many roles in society such as connecting people to each other and to their culture, making them rich and famous and also relaxing them. Music is all around us. Right from the first lullaby that the mother sings to the cradle, to the dirge of the funeral pyre, music accompanies everything of life. 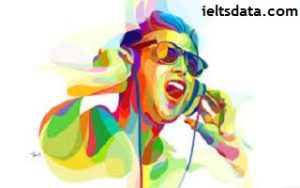 1 thought on “Some people think music plays an important role in society. Others think it is simply a form of entertainment. Discuss both sides of this argument and give your own opinion.”