Some people think that the news media nowadays have influenced people’s lives in negative ways. To what extent do you agree or disagree?

There are many positive effects of media. To begin with, the usefulness of the media in almost instantly providing information about events around the world is undeniable. It is because of the media that today we don’t belong to a big planet Earth; we belong to a small global village. Furthermore, media also shapes our opinions. It is a link between the government and the people. Our conceptions of our elected officials spring from television images and newspaper stories. Most of us will never meet prime ministers or presidents, but anyone who is regularly exposed to the media will know about them. When it is time to cast our vote, we will make our decision based on the media coverage of candidates.

The media are also influential in the way they facilitate the spread of culture and lifestyle. Today, the popularity of Indian culture is an example of the media’s enormous impact. It is the media, which highlights the good points of our own culture through programmes such as ‘India’s got Talent’. What is more, the reality shows of today have given exposure and fame to the common man with talent today. Indeed, with technological advancements such as the Internet bringing even more forms of electronic media to our homes and workplaces, it is likely the media’s influence will grow even stronger. Finally, the media also helps in providing justice to the common man. Who has not heard of the Jessica murder case and the case of Nithari killings? Were it not for the media, Jessica’s parents would have never got justice.

On the other hand, the media too has its downside. The paparazzi can invade the privacy of famous people. Sometimes violence and vulgarity is shown and at times it can shape our opinion in negative ways. For that my counter argument is that once the person becomes famous then his private life becomes public and he has no right to crib about the paparazzi. People can choose what they want to see and technology has provided them the tools to block those channels, which they don’t want their children to see. Finally, God has given us brains to judge what is right or wrong. The media is just doing its job by providing us with the latest information.

In conclusion, I would like to reiterate by saying that the influence of media on our lives is largely positive. 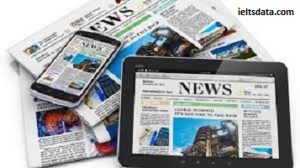