Some people think sports and games are important for society, while others believe they should be taken as leisure activities. Discuss both views and give your opinion.

One important effect of sports on society is the fact that they draw people together. Whether it is members of a team, or fans rooting for a certain team, sports have always bonded people of different backgrounds together with a common goal. Even thousands of years before professional sports, sport events were places where people could gather and socialize with other people from the same city while they watched events. Even though times have changed since then, sports still have the same unifying effect over people.

Secondly, all positive traits for a healthy mind and a healthy persona can be gained from sports. People who do sports remain physically fit. Healthy people make a healthy society. People’s work efficiency also increases and so it benefits the society as a whole. Sports also teach us how to handle failures with dignity, while enjoying victories to the maximum. Also, it trains people to handle crunch situations, where stress can try and pull them down. Sports can also be chosen as a career. Sportspersons are heroes of national and regional importance who are looked up to. They are role models for many and are imperative people who do the nation proud throughout the world.

On the other hand, there are people who assert that sports should be only taken as leisure activities. Sports should only play the role of stress-buster. They believe that when and commercialization comes into sports, then a win-at-all-cost attitude also comes up which does more harm than good to the society. Players resort to unethical means to win such as taking steroids or even harming the opponents in any way. Moreover, if sports are taken too seriously, then supporters of the losing team resort to hooliganism. Who can forget the Heysel disaster of 1985, in which Liverpool fans charged at rival Juventus supporters, which caused a wall to collapse, resulting in 39 casualties?

To sum up, sports have a great role to play for societies, but we should not let the ugly claws of commercialism creep into the field of sports. 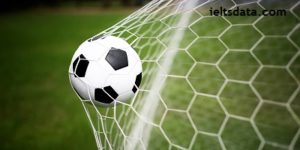 1 thought on “Some people think sports and games are important for society, while others believe they should be taken as leisure activities. Discuss both views and give your opinion.”