Home
Writing Task 2
In most of the societies, the role of mother and father differs. What are the causes of this difference? What will be the parental roles in future?

In most of the societies, the role of mother and father differs. What are the causes of this difference? What will be the parental roles in future?

In most of the societies, especially the remote areas and villages, people believe that role of mother is just to give birth to a child and look after child’s schooling, eating and home work and father is the one who brings the money for bread and butter and doesn’t have to do anything with the child’s care. Due to this, women are deprived of working out and even are deprived of education. First and foremost reason for these differences is that people are illiterate and 60% of the people are still below the poverty line. They are not aware of the good and bad things. Secondly, they follow the old fuddy-duddy customs and traditions.

Thirdly, I believe that in these old fashioned societies people don’t have family planning, birth rate is high so women are forced to sit at home and feed the children. Therefore, all the burden of child’s development comes on her shoulders and men have nothing to do except working and earning money. Just imagine if a father is asked in which class his child studies he has to think so hard and even then he cannot recollect. If women go out and work, then older people get skeptical and scold them, as they are narrow minded.

However, in the future the scenario will change. We are living in an era of globalization and westernization in 21st century. We are influenced by western culture. Nowadays people are educated, literate and aware of things and are broadminded. Parents understand their responsibility and work equally for the holistic development of the child. So, in the future conditions will improve a lot. Parents will plan the things for the bright and shiny future of their children. And they will be united and the child will not be deprived of the fathers love. Both will work so that they can do savings in the future for their child and presently in urban areas things are like this only.

To conclude, there are many reasons for the gender differences in parental roles, but the future is predicted to hold no such differences. 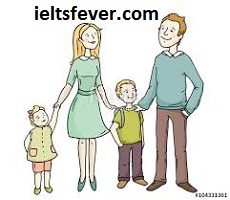 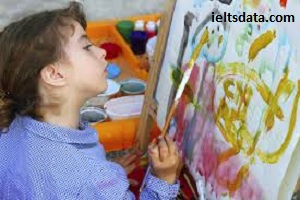 Some people say that every human being can create art … 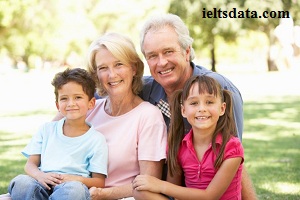