Students today can access information online, so libraries are not necessary. To what extent do you agree or disagree?

With the advent of new technologies in the field of computers and telecommunications, revolutionary changes have taken place in the field of Library and Information Science. The shape of traditional libraries containing a large number of printed documents is in the process of being transformed to paper less libraries containing a large number of digitized documents. The facilities offered by networking have not left libraries untouched. Modern libraries are not only digitized but networked also. This has led to the creation of virtual libraries i.e. libraries without walls through which the user has access to information at anytime, anywhere in the world by using the modern tools of communications, such as computers and Internet facilities.

However, one should keep in mind that a person goes to a library not only to search and get information from books, but also to sit and study there. The ambience and the peaceful and scholarly atmosphere of the library helps one to concentrate more on one’s work and study. Thus, libraries will never become unneeded. They will always be there to indicate the presence of a well-read and educated society.

Another important point is that it is very difficult to always read books from the computer monitor. Traditional books can be issued from the library and read in the comfort of your bed. Virtual libraries can be accessed only by those who are computer literate. The access to virtual libraries can be affected by power cuts and network failures. Moreover, in a traditional library you are guided by the librarians if you need any help in searching for the book.

To conclude, it can be said that advancement should be welcome in every field but the importance of the libraries for their fundamental role cannot be put aside. Every library should have its digital segment also so that more and more people can access them. This will add more crowns of success to the importance of libraries. 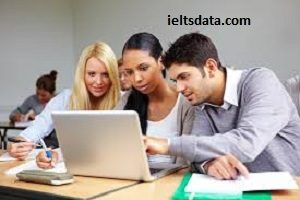 3 thoughts on “Students today can access information online, so libraries are not necessary. To what extent do you agree or disagree?”