talk about a story you remember someone told you.

what was the story?

what did you learn from it?

there was a number of stories I have heard since my childhood.some stories I heard from my grandmother and some from school.every story has some moral and gives us a lesson which could be beneficial for us in our future life.today I am going to talk about the story which was told by my grandmother when she saw that me and my brother had always quarreled with each other.so she told us a story.

she said that once upon a time a farmer lived in a village with his three sons.his sons were very hard working but they always quarreled with each other.the farmer felt very sad.he always tried to teach them not to quarrel with each other but he failed in his efforts and they did not understand the advice of their father.whether people praised their hard work in fields but on the other hand they also laughed on them about their foolish quarrels.father worried about them every time because he knew that if they did not act upon his advice, one day anyone could not only take benefit of their quarrel but could harm them also.

one day the farmer fell sick and he thought of an idea to give a  lesson to his sons.he called his sons and told them to brought a bundle of sticks.they did the same thing.father told them that you would have to play a game and the winner would get a reward.he took three sticks from the bundle and gave one stick each of them.after that he told each of them to break the stick individually.each of them broke the stick very easily.but now they fight with each other on getting the reward.but father told them the game not over yet.now he gathered all the sticks into a bundle and told each of them to break the bundle of sticks individually.they tried their best but at last, they became failed in their efforts.now father advised them if they lived in unity with each other then no could harm you like the bundle of sticks.they understand the advice of their father.

my grandmother told us that the moral of this story is unity in strength.so she advised us to stay together always.

Most of our information comes from the Internet nowadays. Some people say that a large part of the information we get is incorrect. Do you agree or disagree? Give your opinion 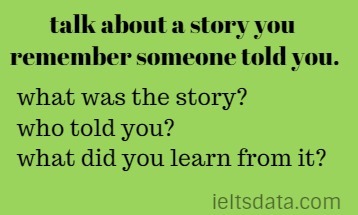