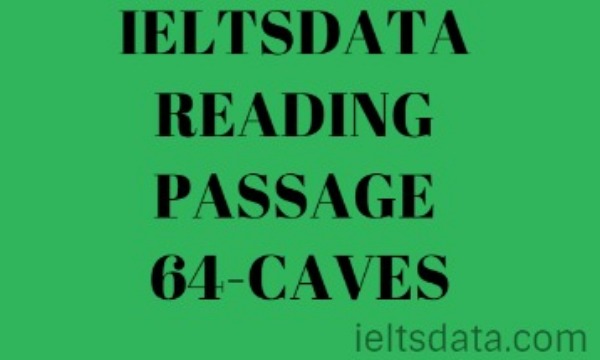 1. Caves are natural underground spaces commonly those into which man can enter. There are three major types: the most widespread and extensive are those developed in soluble rocks, usually limestone or marble, by underground movement of water; on the coast are those formed in cliffs generally by the concentrated pounding of waves along joints and zones of crushed rock; and a few caves are formed in lava flows, where the solidified outer crust is left after the molten core has drained away to form rough tunnels, like those on the small basalt volcanoes of Auckland.
2. Limestone of all ages, ranging from geologically recent times to more than 450 million years ago, is found in many parts of New Zealand, although it is not all cavernous. Many caves have been discovered, but hundreds still remain to be explored. The most notable limestone areas for caves are the many hundreds of square kilometres of Te Kuiti Group (Oligocene) rocks from Port Waikato south to Mokau and from the coast inland to the Waipa Valley – especially in the Waitomo district; and the Mount Arthur Marble (Upper Ordovician) of the mountains of northwest Nelson (fringed by thin bands of Oligocene limestone in the valleys and near the coast).
3. Sedimentary rocks (including limestone) are usually laid down in almost horizontal layers or beds which may be of any thickness, but most commonly of 5-7.5 cm. These beds may accumulate to a total thickness of about a hundred meters. Pure limestone is brittle, and folding due to earth movements causes cracks along the partings, and joints at angles to them. Rainwater percolates down through the soil and the fractures in the underlying rocks to the water table, below which all cavities and pores are filled with water. This water, which is usually acidic, dissolves the limestone along the joints and, once a passage is opened, it is enlarged by the abrasive action of sand and pebbles carried by streams. The extensive solution takes place between the seasonal limits of the water table. Erosion may continue to cut down into the floor, or silt and pebbles may build up floors and divert stream courses. Most caves still carry the stream that formed them.
4. Caves in the softer, well-bedded Oligocene limestones are typically horizontal in development, often with passages on several levels, and frequently of considerable length. Gardner’s Gut, Waitomo, has two main levels and more than seven kilometers of passages. Plans of caves show prominent features, such as long, narrow, straight passages following joint patterns as in Ruakuri, Waitomo, or a number of parallel straights oriented in one or more directions like Te Anaroa, Rockville. Vertical cross sections of cave passages may be tall and narrow following joints, as in Burr Cave, Waitomo; large and ragged in collapse chambers, like Hollow Hill, Waitomo (233m long, 59.4m wide, and 30.48m high); low and wide along bedding planes, as in Luckie Strike, Waitomo; or high vertical water-worn shafts, like Rangitaawa Shaft (91 m). Waitomo Caves in the harder, massive Mount Arthur Marble (a metamorphosed limestone) are mainly vertical in development, many reaching several hundred meters, the deepest known being Harwood Hole, Takaka (370m).
5. The unique beauty of caves lies in the variety of mineral encrustations which are found sometimes completely covering walls, ceiling, and floor. Stalactites (Gk. stalaktos, dripping) are pendent growths of crystalline calcium carbonate (calcite) formed from solution by the deposition of minute quantities of calcite from percolating groundwater. They are usually white to yellow in color, but occasionally are brown or red. Where water evaporates faster than it drips, long thin straws are formed which may reach the floor or thicken into columns. If the source of water moves across the ceiling, a thin drape, very like a stage curtain, is formed. Helictites are stalactites that branch or curl. Stalagmites (Gk. stalagmites, that which dripped) are conical or gnarled floor growths formed by splashing if the water drips faster than it evaporates. These may grow toward the ceiling to form columns of massive proportions. Where calcite is deposited by water spreading thinly over the walls or floor, flowstone is formed and pools of water may build up their edges to form narrow walls of brimstone. Gypsum (calcium sulfate) is a white cave deposit of many crystal habits which are probably dependent on humidity. The most beautiful form is the gypsum flower which extrudes from a point on the cave wall in curling and diverging bundles of fibers like a lily or orchid.

Complete the summary.
Choose ONE WORD ONLY from the passage for each answer.
There are several 1…………….of caves with the most common and largest being located in limestone or marble. Coastal caves are created in cliffs usually by waves. In lava flows, the solidified outer crusts that remain once the molten core has drained away also form 2…………………Limestone is to be found all over New Zealand, but not all of it contains caves. While many caves are known, there are large numbers that have yet to be uncovered. The main 3…………………for limestone caves are Te Kuiti Group rocks.
Questions 4-8

Complete the flow-chart.
Choose ONE WORD ONLY from the passage for each answer.
The Creation of Limestone Caves
limestone forms thick layers
earth moves creating 4………………………….at partings
rainwater trickling down through the soil and 5…………… in rocks
to the water table acidic water
dissolves limestone along joints
once 6………………………….opened
extended by sand/pebbles taken along by 7………………8……………or silt and pebble accumulation changes stream course
Questions 9 and 10

Choose TWO letters A-E.
Which TWO of the following features of caves in the softer limestones are mentioned in the text?
A. they are often long
B. they are all at least 7.2km long
C. most of them are vertical
D. they only ever have one passage
E. they are characteristically horizontal
Questions 11-13
Do the following statements agree with the information in Reading Passage I? Write
TRUE if the statement agrees with the information
FALSE if the statement contradicts the information
NOT GIVEN if there is no information about the statement
11. The limestone found in New Zealand is more than 450 million years old.
12. Stalactites are more often white to yellow than brown or red.
13. Stalagmites never grow very large.
[shc_shortcode class=”shc_mybox”]