When and where you received?

Who sent it to you?
What was the content of the letter?
How you reacted to it?

the letter is one of the important sources of communication.it plays an important role in sharing feelings with each other.near about two decades ago when the internet and mobile services were not fully developed, the letter was the most important and famous source of communication.but after the advent of technology internet facilities and mobile phones have come into the market and it decreases the significance of letters for people.people prefer to use emails and other social websites and apps for conveying their message to each other.nowadays letters are only used for official purposes.today I would like to talk about an important letter which I received a few months ago.it was the letter about my selection for the post of excise and taxation inspector.

the government of Punjab had given advertisement about filling the vacancies for the post of excise and taxation inspector.I applied for that post because I had fulfiled all the requirements for the post.after a month the PSSSB announced the date of the test and I appeared in the exam.i was very happy because the paper was very easy and I hoped at that might be I would be selected for the post.after one month when I was at home one person ring the bell of my house.when I opened the door, it was postman of my area.I handed me a letter.it was from the PSSSB.there was no limit of my happiness when I opened the letter because I was selected for the post.

the board has mentioned the date of when I have to consult with the chairman of SSSB.I  share this happiness with my family and friends and they congratulated to me.

Q-1: why the importance of letters is declined in this modern era?

Ans: with the advent of technology and science vast, cheap, easy and more reliable sources of communication have come in the market.for instance computer, laptop, iPods, mobile phones.moreover, the advent of internet played a big role in the declination of the use of letters.

Q-2: what is the new, easy, reliable and cheap source to send a letter nowadays?

Ans: the new, easy, reliable and cheap source to send a letter is email.its full form is electronic mail.one can send it with the help of internet connection within a few seconds.one need a username and password to send an email.it is very secure.

Q-3: which application is most famous among the people of all ages in the world of today?

Ans: Facebook, a social website is most famous among the people of all ages in the world of today.one can share his pictures, videos on this app.one can also do chat through this app.it is very helpful in making new friends and keep in touch with old friends.

The use of mobile phone is as antisocial as smoking. Smoking is banned in certain places and so mobile phones should also be banned. To what extent do you agree or disagree with this statement

Most countries do not recycle their waste like paper, glass, and aluminium cans. Why does this happen and what steps can be taken to encourage recycling? 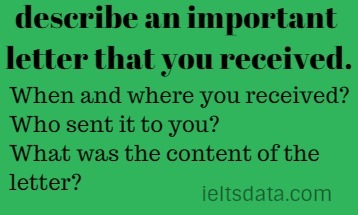