On the other hand, there are people who say that technology alone could save the environment. They opine that now we have come so far ahead in technology that there is no going back. We cannot ask the people of the jet age to go back to the age of the bullock cart.

There are a lot of advances going on in technology, which are helping the environment a lot. One prime example is finding solutions to water problems in developing countries such as Africa. Here, desalination plants have been set up to get clean drinking water from sea water – an almost inexhaustible resource. Furthermore, Japan is working to build a working space solar power system by 2030. By drawing on the colossal energy of the sun, it could meet the entire world’s electricity requirements indefinitely without nuclear or GHG emissions. If successful, the impact on the world would be monumental. It would mean energy for schools, hospitals, and homes. It would mean another industrial revolution.

Summing up, technology alone can solve the world’s environmental problems. We are finally entering an era where engineering and technology are making the world a better place. It would be highly unpractical to ask people to adopt a simpler way of life. 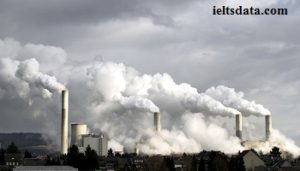