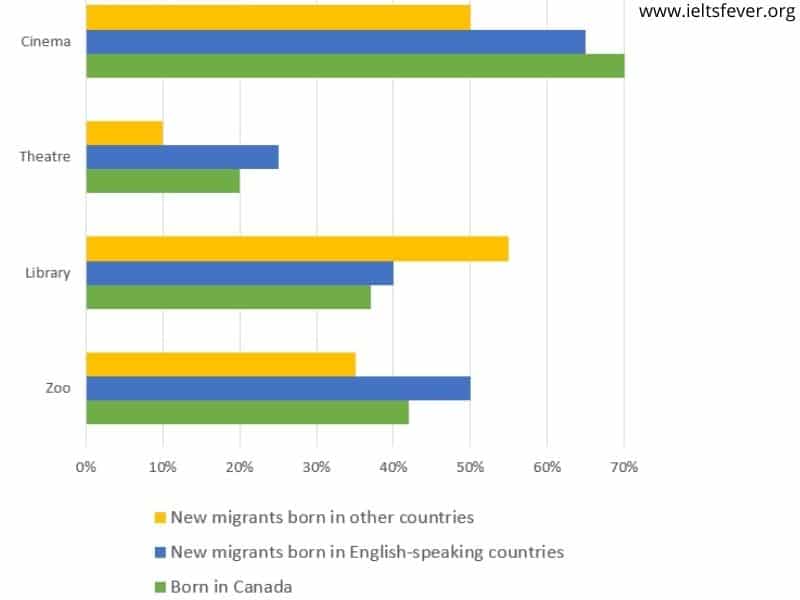 The chart below shows the places visited by different people living in Canada.

Sample Answer of The chart below shows the places visited by different people living in Canada.

The given table chart illustrates the proportion of different people who visited public places(cinema, theatre, library, and zoo) in Canada.