Firstly, rules of behaviour create responsible and respectful children who in turn mature into respectful adults. They know the value of respect for elders. They know the importance of relationships. They know about their cultural values as well. This forms a stable society, which is virtually free from vices such as prostitution and drug abuse. It would be wrong to say that having rules mars the problem solving ability of children. They, in fact, face difficulties in a more mature and disciplined way. They are not lured by peer pressure and refrain from acting on impulse.

However, if too strict rules are imposed on children then they may become rebels. They may start doing just the opposite of what is told them to do. What is more, they may show abnormal behaviour. They may fall into bad company or resort to drugs because of frustration. Finally, imposing too strict rules destroys the individuality of children. They may withdraw into a shell. This may suppress their creativity and as a consequence, they may not be able to deal with problems well by themselves.

What is important is that parents and teachers should learn where rules are needed and where it is necessary to give room to the children. Having absolutely no rules and letting children do whatever they wish to do would also be wrong. They are not mature enough to solve all problems and they have to be taught their limits.

To conclude, parents and teachers should impose rules on children but they should know where to draw the line. They should be flexible and modify the rules according to the circumstances. 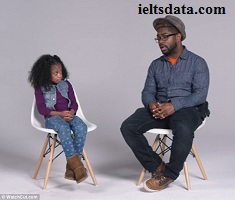 6 thoughts on “Some people think that children should obey rules or do what their parents and teachers want them to do, but others think that children controlled too much cannot deal with problems well by themselves. Discuss both views and give your own opinion.”