The table below gives information about student enrolments at Manchester University in 1937, 1967, and 2017. 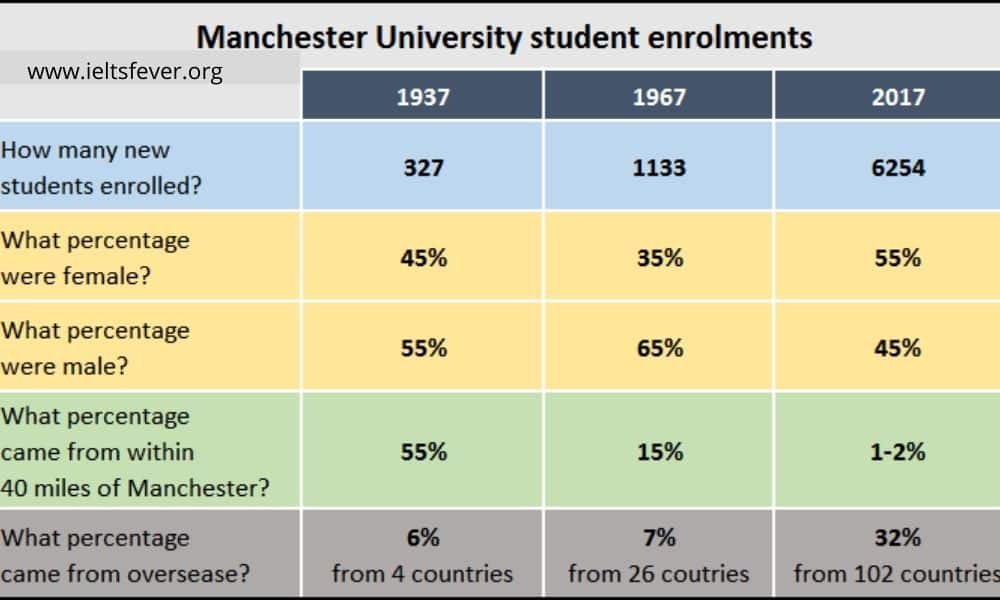 Sample Answer of Information About Student Enrollments at Manchester University.

The table illustrates the data of Manchester University about the pupil’s admissions in the year 1937, 1967, and 2017.

Overall, in the year 2017 Manchester University took more admission out of this majority was overseas students.

Information About Changes in Modes of Travel in England

The Bar Chart Shows the Scores of Teams a, B, and C Over Four Different Seasons.

The graph below shows the information on employment – AC Writing